Houthis threaten to confiscate the new currency of "legitimate" government 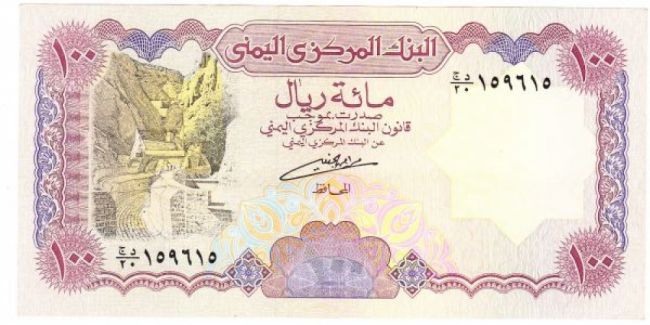 Houthi group (Ansar Allah), which controls the Yemeni capital of Sana'a, threatened that they will confiscate the new currency, which the internationally recognized government of Yemen intends to market in the coming days and "take action" against those who trade it.

in contravention of the law and will lead to damage to the national economy and the deterioration of the local currency against foreign currencies.

The source said "It will be confiscated and destroyed any amounts seized from the banknotes printed in contravention of the law and closing shops that deal with them and the necessary measures against those who seized their currency."

He warned of the negative impact of the newly printed banknotes announced by the Central Bank of Yemen in Aden on Monday that it will be put to circulation and dumping the markets on the economy and the deterioration of the local currency against foreign currencies and the consequent rise in the prices of various consumer goods and services.

He referred to "the decision of the Council of Ministers of the Houthi government of Salvation No. (57) for the year 2018 to stop dealing with all categories of those banknotes and not to recognize them and consider them illegal and criminalize anyone who deals with them."

The source added that "the security services and the competent procuratorates will carry out field inspections of markets, shops and financial institutions to ensure that new cash issues are not traded."

Last Monday, an official source in the local banking sector of the Central Bank of Yemen, based in the interim capital Aden said  "a shipment of printed money abroad (100 riyals), arrived 8 months ago to the port of containers in Aden, decided to exit and start dealing with them after the leadership of the bank to create a state of stability."

"The source added in a statement that "the shipment and capacity of 20 containers will emerge from the container port within a week and will be dropped to the local market gradually."

The source said that the issue will resolve the crisis of lack of banknotes from the category (100 riyals), which have affected significantly in daily transactions.

"The shipment is among the printed funds in the context of the Central Bank economic plan of 2016 2017 and has been included in the financial accounts during the last period.", the source affirms.

The Yemeni "legitimate" government resorted to printing 400 billion riyals in late 2016 through an agreement with the Russian company "Goznak" to face the cash shortage, which made it unable to pay the salaries of state employees, which exceed two million two hundred thousand.