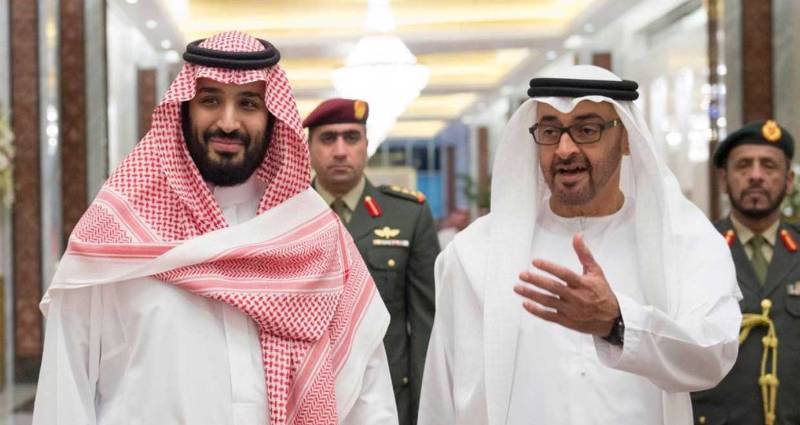 The Russian newspaper "Nezavisimaya Gazeta" spoke on what it called as growing competition and disagreements between Saudi Arabia and the UAE in the region.

The newspaper said in an article by Ekaterina Pocrovskaya that UAE Vice President Mohammed bin Rashid Al Maktoum stressed that his country and Saudi Arabia are both facing security threats.

In the article have been pointed out that this statement came a few days after reports in a number of foreign media about the lack of unity between the United Arab Emirates and Saudi Arabia in Yemen.

Each has a different vision for Yemen's future and a policy of containing Iran's aggressive behavior. "

The newspaper noted that in early summer, the UAE significantly reduced its military forces in Yemen.

The newspaper said that the UAE has been strengthening its influence in the region recently, regardless of Saudi Arabia, explaining that in late July a UAE government delegation visited Iran and held talks to defuse tensions surrounding the detention of ships in the Gulf.

"An important fact is that the volume of trade between the UAE and Iran, despite sanctions, according to the Financial Times, was about $ 19 billion.", it continued.

The journalist said on in her article "Another proof of the UAE's independent policy and the growth of its international role is the participation of a representative delegation in the recent international exhibition in Damascus. The UAE businessmen and their colleagues from Oman used the exhibition to get closer to Syria."

The newspaper quoted the chief expert of the Institute for Dialogue of Civilizations, Alexei Malashenko, as saying:" Arab policies toward Assad “are becoming more flexible. The Arab world recognizes that the Assad regime is supported by two strong partners, Russia and Iran.”

Malashenko added: “The participation of the UAE and the Sultanate of Oman in the Damascus Expo can be seen from a perspective of Saudi interests as well.

Saudi Arabia and the United Arab Emirates have been leading a military coalition in Yemen since 26 March 2015, in support of forces loyal to President Hadi to retake areas controlled by Houthi group (Ansar Allah) seen as proxy for Iran in the Arab Peninsula country.

The "hidden" dispute between Saudi Arabia and the UAE has escalated in Yemen following 4-day fierce clashes with official army that left 40 people killed and 260 others injured, according to UN release, the STC forces on 10 Augustseized full control over the Yemeni southern port city of Aden, seat of the official government, as the coalition called on the STC to pull back its forces from positions and threatened to "use military force.".