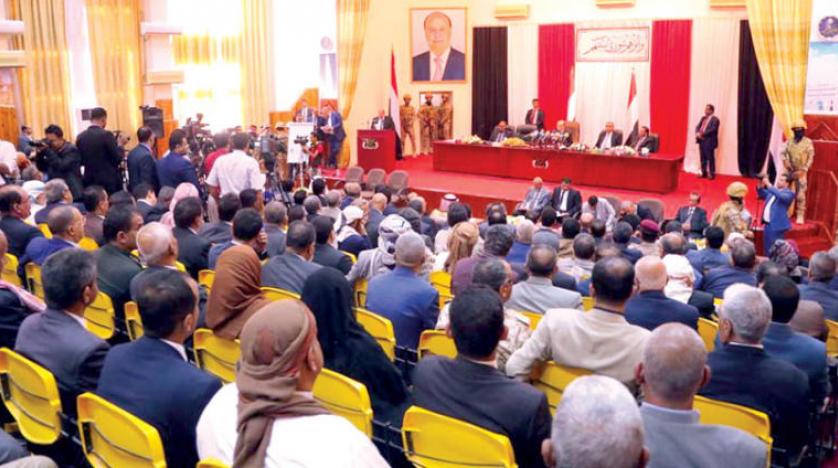 The United Arab Emirates has decisively rejected a Yemeni Parliament session to be held in the southern port city of Aden, seat of the internationally-recognized government, the Anadolu Agency (AA) quoted a Yemeni informed source as saying.

No immediate comment could be obtained from Emiratis on remarks claimed by the source, or on reasons behind refusal, the AA reported.

Arrangements have been underway to hold Parliament session after Adha Eid in Mukalla, provincial capital of the Yemeni eastern governorate of Hadhramout, under guard of Yemeni-Saudi forces, according to parliamentary sources.

The Parliament speakership panel would hold opening session in Aden, before heading for Mukalla, where PMs would have arrived, to hold exceptional meeting, the sources added.

Barakani trip, however, failed to convince Emiratis to hold the Aden session, said the sources.

In his visit, Barakani met with UAE officials, mainly the Abu Dhabi Crown Prince Mohamed Bin Zayd, whose troops have militarily been controlling most of Yemeni southern areas since liberation from Houthis in July 2015.

The Southern Transitional Council(STC), consisting of Yemeni southern bodies calling for separation from the North Yemen, particularly resists any parliament gathering in Aden.

The STC has local forces trained and armed by the United Arab Emirates, the key partner of Saudi Arabia in leading the Arab coalition. But such forces do not answer to the official government, make enemies of Muslim Brethren and other Islamic groups, and controls many southern cities and districts.