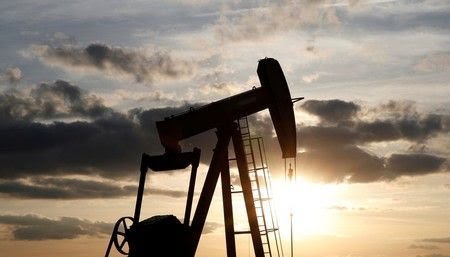 Oil prices fell more than $1 on Thursday, declining for the first time in six days, after the US Federal Reserve dampened hopes for a string of rate cuts and Sino-U.S. trade talks ended without progress.
The drop came despite a bigger-than-expected decline in inventories in the US and a drop in crude production among OPEC members, along with Libya cutting exports, typically bullish drivers for the market.
Brent crude, LCOc1 the international benchmark, fell $1.06, or 1.6%, to $63.99 a barrel by 0037 GMT, while US crude was down 93 cents, or 1.6%, at $57.65 a barrel, having fallen more than $1 earlier.
The Federal Reserve cut interest rates on Wednesday, but against expectations the head of the US central bank said the move might not be the start of a lengthy series of cuts to shore up the economy against risks including global economic weakness.
“Although the remarkably bullish US inventory reports (are) providing a very encouraging backdrop for oil markets, oil prices sagged, as whatever forward-looking monetary policy support from the Fed has pretty much evaporated,” Stephen Innes, managing partner, VM Markets Pte said in a note.
Meanwhile, negotiators from the United States and China, the world’s two biggest economies, wrapped up a round of trade talks on Wednesday without visible signs of progress and put off their next meeting until September.
Meanwhile, U.S. crude oil stockpiles fell for the seventh straight week, declining to their lowest levels since November even as production rebounded and net imports increased, the Energy Information Administration said on Wednesday.
Crude inventories USOILC=ECI fell 8.5 million barrels in the week ended July 26, far exceeding analysts’ expectations for a decrease of 2.6 million barrels.
Oil output among members of the Organization of the Petroleum Exporting Countries (OPEC) hit an eight-year low in July as a further voluntary cut by top exporter Saudi Arabia deepened losses caused by U.S. sanctions on Iran and outages elsewhere in the group, a Reuters survey found.
Libya’s state-owned National Oil Corp declared force majeure on loadings of crude from the country’s largest oil field on Wednesday.
A Reuters monthly poll showed oil prices are expected to be range-bound near current levels this year as slowing economic growth and the protracted trade dispute between the US and China curb demand.