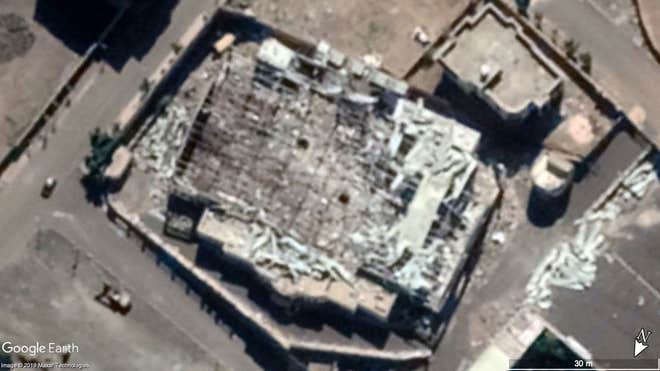 Saudi Arabia and its allies may have used “double-tap” airstrikes in Yemen, researchers at investigative journalism site Bellingcat have revealed.

The tactic sees missiles fired once, then again when aid workers have rushed to the injured. It dramatically raises civilian death tolls and endangers rescuers.

Evidence has now been found to suggest that civilian targets in Yemen were hit by double-tap airstrikes. Researchers examined open source photographs and videos of attacks carried out by the Saudi-led coalition.

Their report, to be released on Monday and seen by The Independent, comes as the British government prepares to appeal a Court of Appeal judgement that forced it to freeze sales of UK arms to Saudi Arabia while it reconsidered whether they could be used to violate international humanitarian law.

The researchers behind the report say strikes that potentially breach humanitarian law have not stopped, which indicates “a clear risk that weapons sold by the UK may be used in breaches”.

By examining satellite imagery of the aftermath of airstrikes, researchers at Bellingcat – a non-profit organisation that specialises in open-source investigations – found at least six instances whereby civilian areas appear to have been hit by double-tap strikes.

Those targets included a funeral hall, two markets, a restaurant, a mosque and a residential area.

“The attacks on these locations appeared to kill and injure far more civilians than was proportionate to any likely military advantage. In some cases, such egregious civilian harm appears entirely foreseeable, suggesting that members of the coalition have intentionally conducted indiscriminate or disproportionate attacks,” the report says.

In one incident, which took place on the morning of 6 July, 2015, some 40 people were killed by two airstrikes which hit a market in the southern region of Lahij.

After studying photographs and video footage of the aftermath of the attack, the team identified two large impact craters at the scene. A summary of the report said the evidence suggested a “double-tap strike”.

The same process was used to identify the practice in at least five other incidents, including an attack on a funeral hall in the capital Sanaa in October 2016, which killed more than 150 civilians.

Satellite images of the building show two distinct holes in the floor where the missiles entered the hall. The coalition initially denied responsibility for the strike, before blaming an intelligence failure.

“When the coalition hits a market twice, it shows that there is a lack of will to minimise civilian casualties or collateral damage. People are going to come after the first strike, so obviously you’re going to hit first responders and civilians,” Rawan Shaif, the lead of the Yemen team at Bellingcat, told The Independent.

“Even if there was a military target at these sites, the evidence suggests they were targeting individuals, and not weapons depots due to a lack of secondary explosions.”

She added: “Going in twice to make sure that an individual is dead, and causing all the collateral damage, is recklessness”

The Bellingcat report also alleges that the coalition’s own investigations into potential violations of humanitarian law “appear to have been purely token in nature and forthcoming only in response to overwhelming international outrage”.

That assessment matches the findings of a similar report from a team of international lawyers and a Yemeni human rights group released earlier this month.

The nearly 300-page report alleges a litany of international law violations by the Saudi-led coalition in Yemen. It further claims that Riyadh covered up evidence of war crimes in subsequent investigations into deadly airstrikes.