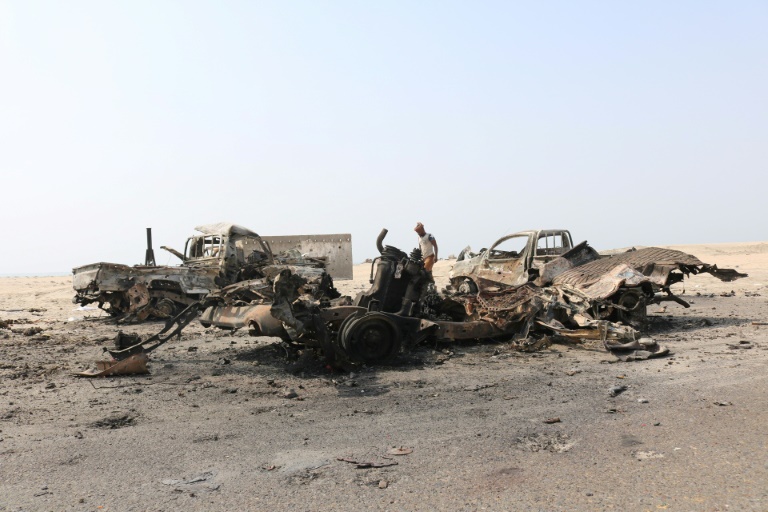 The Yemeni internationally-recognized government rejected on Friday the "false justifications"given by the United Arab Emirates following its airstrikesin the Yemeni southern port city of Aden.

The UAE's "labeling the Yemeni army forces as terrorist is but a desperate attempt to cover its illegal, blatant targeting of army troops," said an extraordinary cabinet meeting in Riyadh, "as they were practicing their constitutional duty in defending the Yemeni lands integrity and unity and combating terrorism," according to the Riyadh-based Saba News Agency.

On Thursday, the Yemeni government accused the UAE of targeting its troops at fringes of Aden and in the neighboring governorate of Abyan to halt their advance towards the restoration of the temporary seat of the government seized by the UAE-backed Southern Transitional Council (STC).

In response, the Emirati foreign ministry said their aircraft targeted, with "limited strikes, terrorist militias posing a threat to coalition forces on Wednesday and Thursday," and that they reserve the right to self-defense.

"Aden city and Abyan governorate are witnessing an arrest and killing campaign over political motivations," the Yemeni government said.

After the UAE airstrikes, Emirati-backed "militias committed war crimes and terrorist acts in the form of field executions of prisoners, killing of the injured at hospitals, storming houses and killing people before their families."

The Yemeni official government held the "UAE fully responsible before the international community for this flagrant targeting in conflict with international conventions and laws, and for resultant violations of international law," vowing to "take all actions to deal with this crime."

Emirati continual supply of heavy weapons for the STC means its determination to undermine the constitutional legitimacy and support outlaw, rebellious groups in contrast with the Arab coalition's goals and UNSC resolutions, the government added.

Having intervened to back Yemen's legitimacy, the coalition should not get out of its mission or divide the country, the cabinet meeting argued, urging the international community and UN Security Council to condemn the "Emirati aggression against national army."

The government valued the Saudi "fraternal,sincere role seeking to contain ramifications of the rebellious acts."