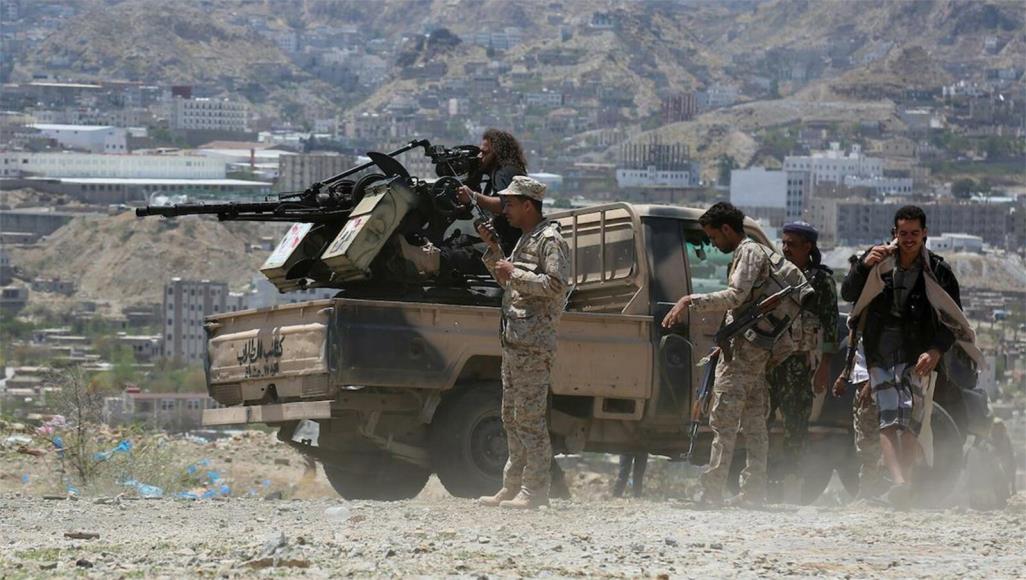 The Washington Post said that number of reasons make the crisis in southern Yemen serious, calling for a comprehensive solution to the Yemeni crisis, whether in Hodeidah, Aden, etc.

The US newspaper emphasizing that focusing on only one will not bring stability to the country, which is experiencing a bloody power struggle in its fifth year...

For the past five years, a civil war has raged in Yemen between the internationally recognized government and northern rebels with no sign of imminent resolution. Now, the conflict’s landscape has gotten more complicated: Intense clashes have broken out in southern Yemen within the forces aligned with the government.

The latest violence — increasingly being known as the civil war within Yemen’s civil war — pits southern separatist militias against other forces aligned with the government of President Abed Rabbo Mansour Hadi. Tensions surfaced more than a year ago between the allies, but this month they boiled over into the worst ever fighting between them.

Both sides are aligned with a regional coalition of Sunni Muslim countries, led by Saudi Arabia and the United Arab Emirates, that joined the war against the northern Shiite rebels known as Houthis in March 2015. The coalition’s ostensible goal is to restore the Hadi’s government and prevent the Shiite theocracy of Iran from gaining regional influence through its alliance with the Houthis.

The war in the Middle East’s poorest country has caused poverty and illnesses to spiral. Yemen faces what the United Nations has described as the world’s worst humanitarian crisis.

Soldiers lie on the ground after a missile attack on a military parade during a graduation ceremony for newly recruited troopers in Aden on Aug. 1. (Fawaz Salman/Reuters)

In early August, clashes erupted in the strategic southern city of Aden between the southern separatists, backed by the UAE, and forces loyal to Hadi, which are backed by Saudi Arabia. The trigger was a missile attack on a military parade that killed dozens of separatist fighters, which they partly blamed on Islah, an Islamist party aligned with the Yemeni government.

The separatists seized control over Aden, the seat of the exiled Yemeni government, deepening the rift between Saudi Arabia and UAE. In recent weeks, despite calls for a cease-fire, the fighting has expanded to other southern provinces. Both Saudi Arabia and UAE have launched airstrikes in support of their Yemeni proxies.

On Wednesday, Yemeni government forces entered Aden and claimed to have retaken the city. But on Thursday, separatist forces said they had taken it back. The heavy fighting has caused a new wave of civilian casualties in the city, humanitarian groups said.

The fighting in southern Yemen could reverberate beyond that region in at least a half-dozen ways:

The current tensions in the south have roots in decades of friction between the north and south. Yemen was once two countries — North Yemen and South Yemen — until unification in 1990. Many southerners have remained suspicious of the northerners who have ruled the country for decades, accusing them of politically and economically marginalizing them.

The separatists want to split Yemen’s south from its north again. Even if does not happen, analysts say it is unlikely that after more than four years of conflict and mistrust that Yemen will emerge with a strong central government. Already, different centers of power have formed across the country. Some analysts say a federalist system where the country is carved up into autonomous regions loosely aligned with the center is the best anyone can hope for.

The crisis is creating a rift between two regional Arab powers

Even as Saudi Arabia and the UAE are aligned against the Houthis and Iran, they have differing visions for Yemen’s future. The UAE and the separatists, are wary of Hadi’s alliance with Islah, whose members include Ali Mohsen al-Ahmar, Hadi’s vice president. The Emirati leadership views Islah as a threat because of its links to the Muslim Brotherhood, a regional Islamist movement that the Emiratis and their allies see as radicals. The Saudis, however, view Islah as playing an essential role in Yemen’s war and future politics.

While the Saudis view their role in Yemen as a deterrent to Iran’s ambitions, the Emiratis have an additional goal: gaining influence in the southern Arabian Peninsula and the Horn of Africa, which straddle lucrative and strategic shipping lanes in the Red Sea and Indian Ocean. Analysts say Aden, with its Red Sea port, represents a valuable economic prize for the UAE.

To assert control, the UAE has backed influential southern politicians and has armed and financed southern separatists, tribesmen and other militias, including one southern commander on the U.S. Treasury sanctions list for alleged links to al-Qaeda and the Islamic State.

In June, yet another sign of the cracks within the Saudi-led coalition emerged. The UAE said it was pulling out its ground forces from southern Yemen, a move some analysts interpret as a signal that the Emiratis no longer agreed with the Saudis’ hard-line approach to Iran.

The recent clashes have further frayed the unity of the coalition. Saudi planes have bombed separatist positions, while this week UAE fighter jets bombed Yemeni government forces. The question on many minds is this: Will the divisions in Yemen impact the relationship between Saudi Arabia and UAE in other regional matters?l

Al-Qaeda and ISIS could take advantage of the turmoil

The south has long provided a haven for al-Qaeda’s Yemen affiliate, al-Qaeda in the Arabian Peninsula, or AQAP. Considered by U.S. officials as the terror network’s most dangerous branch, AQAP has targeted the West several times, including an attempted bombing of an American carrier landing in Detroit on Christmas Day 2009. In 2000, al-Qaeda bombed the USS Cole in Aden harbor, killing 17 U.S. sailors. A campaign of U.S. airstrikes helped weaken AQAP, but it remains a powerful force in the south. A nascent Islamic State affiliate has also emerged in recent years.

This month, both groups saw opportunity in the violence and chaos shattering Aden. According to Elisabeth Kendall, a Yemen scholar at Oxford University, AQAP staged nine attacks on the UAE-backed separatist forces. ISIS launched at least two attacks in Aden, the first time the group has struck the city in more than a year. “AQAP and ISIS are already taking advantage of the increasing security vacuum in Yemen’s south,” said Kendall.

The fighting could interfere with global shipping

Aden is strategically nestled at the mouth of the Red Sea. The port city is also located adjacent to the Strait of Hormuz and the Bab el-Mandab Strait, which controls access to the Suez Canal. They are some of the world’s most vital shipping lanes, used by tankers from Europe and Asia on a daily basis.

Disruptions from clashes, airstrikes or bombings — or if militants assert control of the south — could impact oil supply and global fuel prices. All sides, including the Houthi rebels, have the capability to attack ships at sea, which has already occurred during the course of the war.

The fighting could disrupt humanitarian aid flows for much of Yemen

Aden is a key port of entry for humanitarian aid and commercial goods, not only for the south but for many areas of the north. According to the United Nations, an estimated 80 percent of the population — 24 million people — require some form of humanitarian or protection assistance, including 14.3 million who are in dire need. The clashes in Aden have left dozens of aid groups unable to function properly. “Since August 28, Aden airport has been temporarily closed, and flights suspended,” said Jason Lee, acting country director of Save the Children in Yemen, in a statement Wednesday. “Moreover, the port of Aden is vital for the import and distribution of basic supplies and services across Yemen, and insecurity threatens its operation. It is highly concerning that vital lifelines, both by air and sea, are at risk of being cut off.”

The focus of peace efforts to end Yemen’s conflict is the western port of Hodeidah. A fragile U.N.-brokered cease-fire pact is still in place. U.N. officials and aid workers hope that if the peace lasts in Hodeidah, it could have a ripple effect across the country. But the tensions in the south could torpedo efforts in Hodeidah, as the coalition’s allies battle each other, allowing the Houthi rebels opportunities to seize territory. The southern animosities also show that the grievances fueling Yemen’s multiple internal conflicts may not be addressed by bringing peace to one city.

“This hampers the peace process by opening up the Pandora’s box of North-South confrontation,” said Kendall, referring to the clashes in the south. “The international community has been scurrying behind the Hodeidah cease-fire agreement in the hope that other brewing conflicts can be tackled once that is implemented. The recent clashes show that a broader, more inclusive, and hence more complex, approach is needed.”