Confirmation of what Debriefer revealed ..

Informed sources revealed to Debriefer international news agency that the Yemeni businessman Ahmed Saleh al-Eisei, who is close to the president of the country, Abedrbbo Mansour Hadi, began taking practical steps to acquire the ground services sector at Yemeni airports.

The source, who spoke on condition of anonymity, explained that a large number of equipment for airport ground services arrived on Monday evening at Sayoun International Airport in the eastern province of Hadhramout, stressing that this equipment was imported by businessman "Al-Eisei" in order to start the acquisition of ground services at Yemeni airports under the guidance of the Yemeni presidency.

The source said that this equipment entered from the border Al-Wadea'a crossing with Saudi Arabia aboard large trailers and part of it arrived at Sayoun airport, the rest will go to Aden International Airport in southern Yemen.

The source pointed out that the current situation in the city of Aden after the secessionist forces of the Southern Transitional Council (STC) supported by the United Arab Emirates, has caused the delay of the arrival of the rest of the equipment to Aden airport.

But the source confirmed that Al-Eisi is able to deliver his equipment to the airport due to the relations of interests with a number of leaders of STC, whose forces were able on August 10 to consolidate control over the city, which was adopted by the internationally recognized Yemeni government as the interim capital of the country. 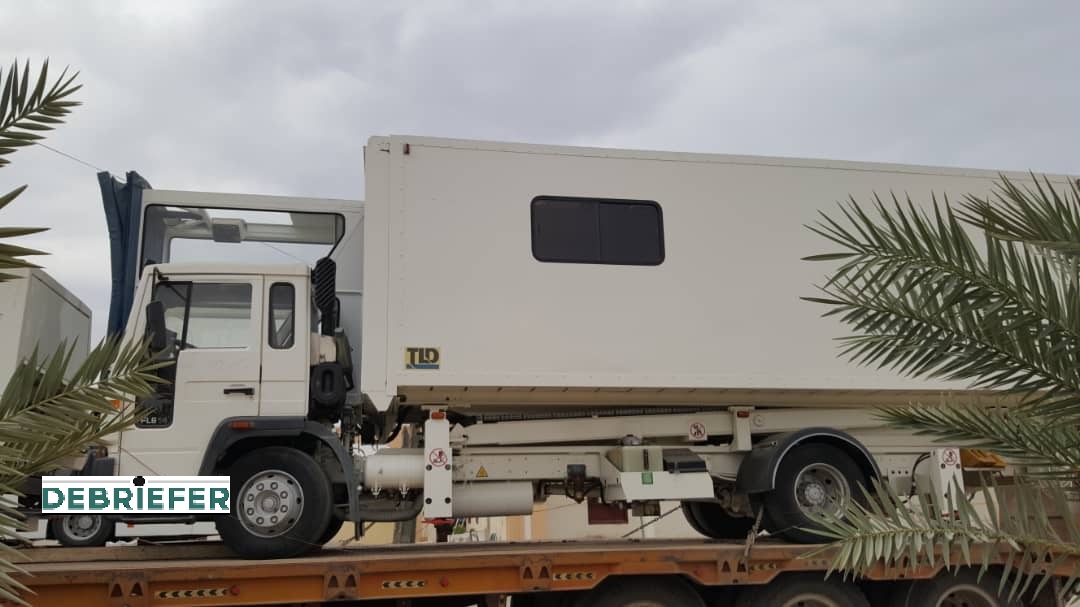 The source of "Debriefer" news agency on Monday confirmed what has been published by the agency after about two months on that Al-Eisei is seeking to acquire the provision of ground services at the airports of Aden and Sayoun International in clear violation of the laws in force.

Special sources revealed to Debriefer on 19 July that some of Al-Eisei's ground services equipment arrived at Aden Airport, including passenger terminal equipment at the airport's terminal services including transport, fleet, luggage and technical service.

The sources pointed out that the arrival of the equipment confirms the complicity of entities and figures in the government to complete the control of Al-Eisei ground handling services for airlines at the airport in Aden.

The sources said that "the purchase of equipment and its arrival in Aden from abroad was not possible until the merchant Al-Essa obtained a permit from the General Authority of Civil Aviation, which is contrary to the laws."

One source stressed that the provision of ground services is the exclusive right of the national carrier within the protocol agreed between Yemen and Saudi Arabia, which owns Yemen Airways by 51 percent for Yemen, and 49 percent for the Saudi side. 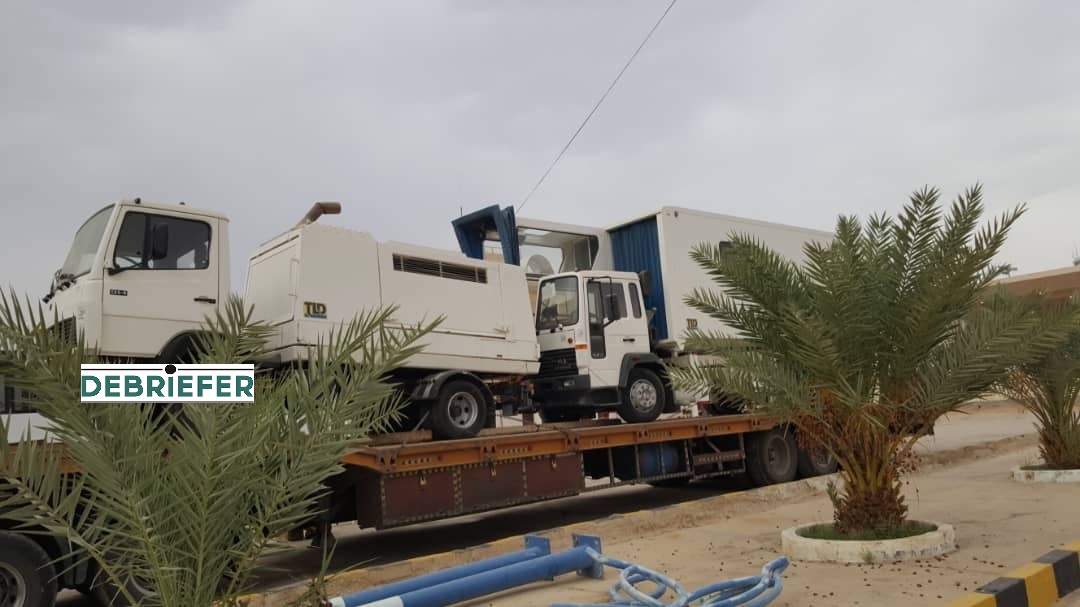 Ahmed Saleh al-Eisei, who was appointed by the Yemeni president more than a year and a half ago as deputy director of the Presidential Office for Economic Affairs, has close ties with President Hadi and his son Jalal, as well as Vice President Ali Mohsen al-Ahmar and a number of state leaders in Yemen.

Specialists and followers accuse him of exploiting his position and his relations to pass deals that are tainted by corruption and hundreds of millions of dollars.

Al-Eisei owns several commercial companies, including the Eisei-owned Belqis airlines", which started operating in Yemen with a government license, although its only aircraft violates the specifications specified in Yemeni law as its shelf life is contrary to what the law specified.

Al-Eisei also owns the largest oil transport fleet in Yemen, it is the only importer of oil in areas controlled by the Yemeni  "legitimate"bgovernment, after President Hadi and his government issued a resolution about two years ago, Al-Eisi was able to acquire oil imports. 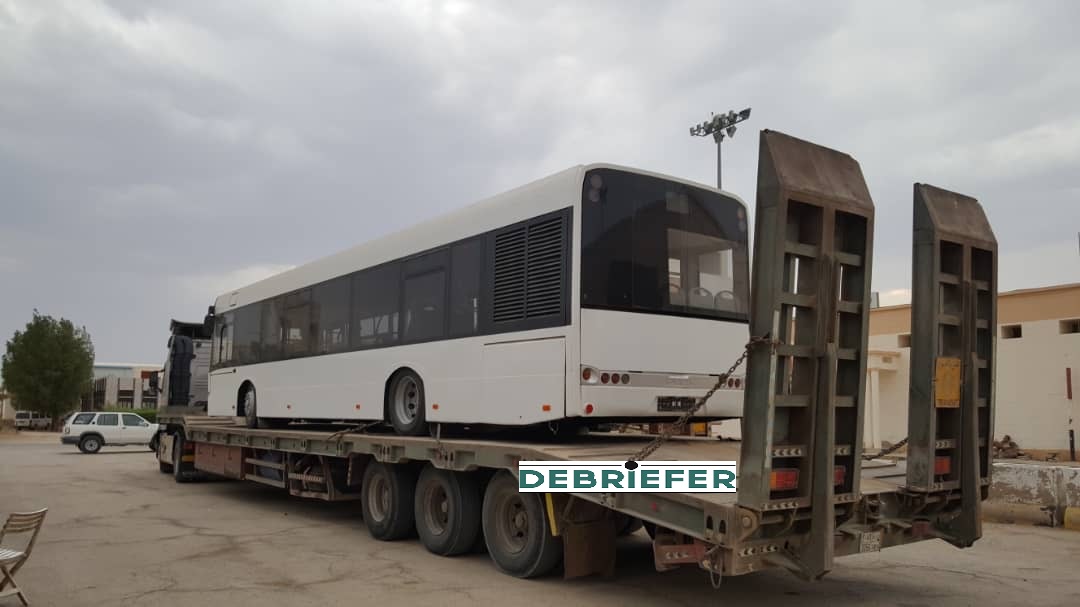 Aden Staff of the Yemeni airlines Yamania staged a protest on 25 July 2019 in the southern port city to call for violations against civil aviation laws be stopped and the national carrier be supported.

Debriefer has reported that Yemeni businessman, Ahmed al-Eisei, seeks to possess the provision of ground services at the southern airport of Aden, in blatant violation of applicable laws.

The "purchase of such equipment and their arrival at Aden airport would have not been accomplished if Eisei did not get a license from the public authority for civil aviation, and this is in conflict with law," the sources added, accusing authorities and officials at the legitimate government of colluding with Eisei to help him control the airport service.

They assured they would continue their work and solve any problems faced by Yamania, that would be "but a leading national company serving all Yemeni people."

In a statement, Yamania labor union urged Hadi to maintain the airlines and stop any illegal licenses, noting that the company "is an economic supporter for the state, but not for individuals."

Under protocol signed between the two owners of the Yamania Airlines (Yemen 51% and Saudi Arabia 49%), the provision of ground service is the sole right of the national carrier, according to one of the sources, the statement recalled.