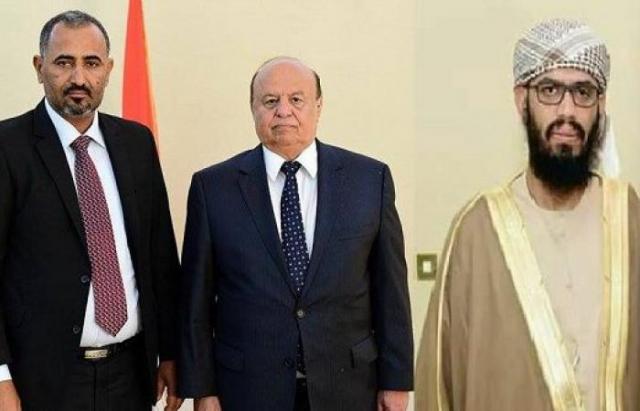 A Yemeni official source in the Saudi capital of Riyadh revealed the content of some of the items of a Saudi initiative presented in an indirect Saudi-sponsored dialogue between the legitimate Yemeni government and the southern transition in an effort by the Arab coalition to reach a compromise solution between the two sides.

The news agency "Sputnik" Russian news, on Thursday evening, the Yemeni source as saying, that there is agreement in some points currently under way in the Jeddah dialogue between the transitional and legitimacy, while the other points were rejected by legitimacy.

The source pointed to some points that have been resolved, such as the integration of military entities and elite brigades and the name of the prime minister.

The source stated, that the dialogue in Jeddah took more than one form, as it initially failed to bring the parties together at the same table under the auspices of Saudi Deputy Defense Minister Prince Khaled bin Salman, while indirect negotiations in the next phase were undertaken by Saudi intelligence officers and through the Saudi Embassy in Yemen, explaining, that the Saudi government has put forward an initiative that carries within it the formula of forming the new government with mechanisms that have met with some objections from the transitional council and the UAE.

It pointed out that this was rejected by legitimacy in the beginning and Riyadh agreed with it, so Saudi Arabia tried to develop an initiative that is almost consensual for all parties.

For more than a month, Saudi Arabia has been hosting indirect talks called by Saudi Arabia between the internationally recognized, legitimate Yemeni government and the UAE-backed armed separatist Southern Transitional Council(STC) to halt the escalation in southern Yemen and resolve disputes. The UAE-backed southern transitional government took control on August 10 of the entire city of Aden, which the Yemeni government is taking as the "legitimate" provisional capital of the country, following four days of fierce clashes with government forces that left hundreds dead and wounded.

The Yemeni official added in a telephone call to "Sputnik": "Saudi Arabia has refused to be the sole representative of the southern issue, and Riyadh will sponsor an upcoming southern meeting with the most prominent southern actors, in order to arrange for one southern team to be representative of the southern issue and at the same time to represent the southerners at present, through administrative, military and security arrangements in the provinces. South to the moment of political negotiations to resolve the Yemeni crisis as a whole.

The source continued: "It is striking that when the Saudi side talked about changes in the government named its president in advance the current Yemeni prime minister and is the man of Saudi Arabia, Maeen  Abdulmalik Saeed  and among the proposals will be two transitional portfolios, one for the National Coalition, one for the peaceful Southern Movement component of the National Dialogue Conference and one for the Southern Revolutionary Council.

With regard to the security belt forces established by the UAE and followed by operationally, the source said that they will all be transferred to the security forces, as there are special settlements for the Yemeni presidency with the UAE, which will leave the scene once the completion of those agreements.