Houthis warn against health, environmental catastrophes in their areas 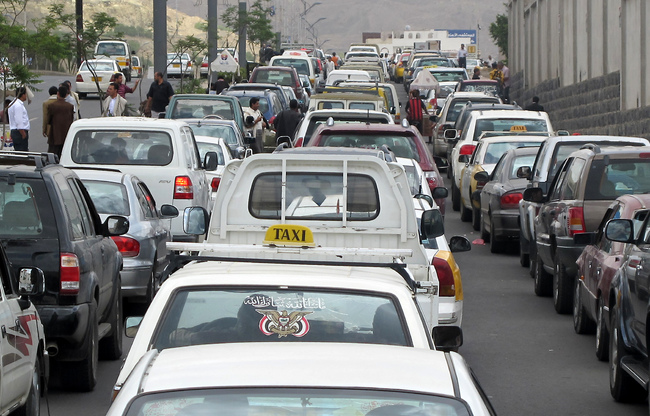 The Houthi group has warned against health and environmental catastrophes following the lack of oil in areas under its control, calling for UN urgent actions to help get the "Arab coalition-detained" oil tankers into the Red Sea port of Hodeida.

The Saudi-led persistent holdback of oil tankers in the open sea will lead to catastrophic situations in health, water and agriculture sectors, the Houthi-run ministries of health and water said in two statements carried by the Sana'a-based Saba.

Operation, intensive care, emergency and all other sections at hospitals depend on fuel to operate, Youssef al-Hadhiri added, expressing worries about their breakdown.

The Houthi-run health ministry blamed the coalition for daily deaths because of the health deteriorated situation and the unjustified prevention of oil tankers from getting into Yemen.

It called on the UN envoy for Yemen to help lift the blockade and allow oil vessels access to Hodeida port.

The last diesel-loaded ship arrived at Hodeida port more than fifty days ago, the YPC told reporters, noting that it has managed the rest of that shipment through emergency program to provide the most vital sectors with fuel necessary to keep performing their missions.

On September 26, a 30,054-ton petrol cargo arrived on the tanker Adventuros at the Red Sea port of Hodeida, but the Houthi group said the shipment would be sufficient for 5 days only.

The capital Sana'a and other Houthi-held governorates are living a fuel shortage since late September, with the rebels repeatedly accusing the Arab coalition and Yemeni internationally-recognized government of denying oil tankers entry into Hodeida, charge rejected by the latter.

Yemen has been racked by a 4.5-year bloody conflict between the Yemeni official government's forces, backed by a Saudi-led coalition, and the Iranian-backed Houthi rebels who ousted the government in 2014, triggering what the UN calls the world's worst humanitarian crisis.