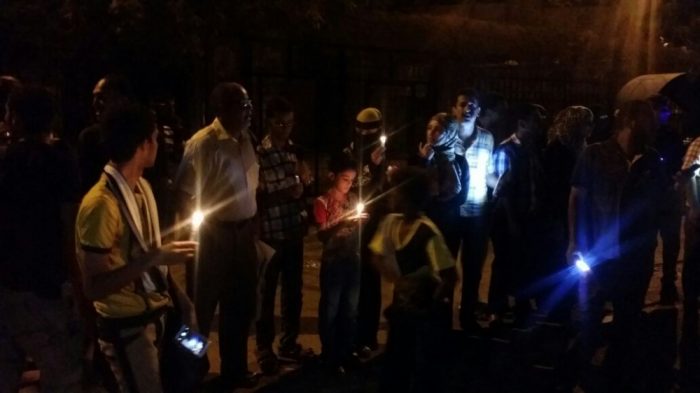 People have lately taken to streets, blocked routes and even clashed with the police in protest at the situation.

Though people expected the situation would be better while he is in the city, they said nothing has changed since he came back.

The situation is rather getting worse as power outages now last for up to 14 hours a day, they said.

Water and fuel shortages and collapsing sewage system are among problems the city is facing.

Observers held Hadi responsible for what is happening in Aden and urged the government to address power outages and fuel shortages in order to avoid social unrest.

The liberation of fuel prices, which Hadi ordered last year, is to blame for shortages, observers said, warning that if it continues, it will have serious consequences on national security and currency.