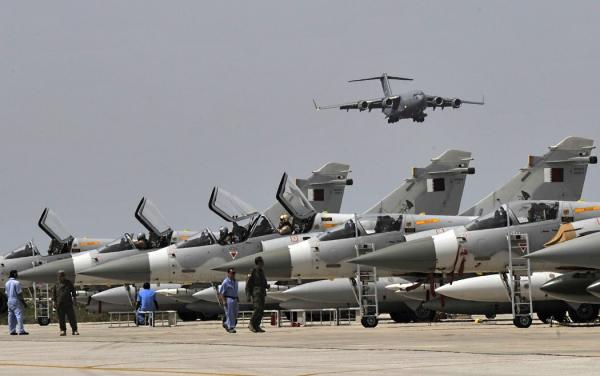 Hundreds of millions of pounds worth of British-made missiles and bombs have been sold to Saudi Arabia for use in Yemen under an opaque licensing system that makes tracking arms sales more difficult.

The disclosure has prompted accusations that the government is trying to mask the true extent of British-made arms exports to Saudi, a claim denied by the Department for International Trade.

Britain’s role in selling weapons to the Saudis is attracting controversy amid the kingdom’s operations in Yemen, where thousands of people have died and millions have been displaced in a proxy war.

Human rights groups allege that the Saudi-led coalition backing the country’s government has been targeting civilian infrastructure and buildings, something that would constitute a war crime. Iran-backed Houthi rebels fighting the Saudi-led coalition have also been accused of committing war crimes against civilians in the key port city of Hodeidah, now the scene of heavy fighting and where there are fears of an unprecedented humanitarian crisis.

Britain has consistently said that it keeps all arms exports under close scrutiny and that licensing is made on a case-by-case basis. But now a freedom of information request reveals that for the last five years, Britain has been selling Storm Shadow and Brimstone air-to-surface missiles and Paveway IV bombs to the Saudis under what are known as Open Individual Export Licences (OIELs), which the government says are for the export of “less sensitive goods”.

Unlike specific licences, OIELs allow an unlimited number of consignments over a fixed period, typically between three and five years. There is no obligation to publish the total value of the licence after it expires. “Open licences remove the need for the seller to obtain prior approval for each export,” said Andrew Smith of Campaign Against Arms Trade, which submitted the FOI. “It’s an opaque system which has been used to shift extremely sensitive weaponry to the Saudi regime.”

The Stockholm International Peace Research Institute, which uses open sources to measure the quantities of arms exported each year, estimates that, since 2013, around 100 British-made Storm Shadow missiles worth £80m, 2,400 Paveway IV bombs worth £150m, and 1,000 Brimstone missiles worth £100m have been sold to Saudi Arabia.

“Open licences issued in the years before Saudi Arabia intervened in Yemen’s civil war are still being used for the export of hundreds of millions of pounds of bombs today. If it were not for this Observer report neither parliament nor the committee tasked with scrutinising arms exports, on which I sit, would have any idea that these weapons are being sent,” said Labour MP Lloyd Russell-Moyle, who sits on the Commons committee on arms export controls.

In 2015, the process for issuing OIELs was updated, with a view to encouraging their greater use. The committee strongly criticised the move, claiming it would “inescapably reduce the transparency” of Britain’s arms exports. But the Department for Business, Innovation and Skills, which at the time was responsible for the Export Control Organisation, the agency that oversees the sale of military exports,insisted that the policy applied to the export of “less sensitive goods to less sensitive destinations.” The government has confirmed that all three weapon systems have been used in Yemen, where Human Rights Watch has linked British-licensed Paveway IV bombs to attacks on civilian targets. In December 2016, Sky News examined an attack site where part of a Storm Shadow missile with UK markings was found.

The government insists that it operates one of the most robust arms export control regimes in the world with all export licence applications assessed on a case-by-case basis against the Consolidated EU and National Arms Export Licensing Criteria.

But this claim was challenged by the arms trade campaigner, Smith. “By the government’s own admission it is trying to encourage more companies to use this type of licence,” he said. “If permission is not needed before a specific export of missiles or bombs takes place, then how can it claim to operate a case-by-case system?”

“The export of Paveway IV bombs, Storm Shadow missiles and Brimstone air to surface missiles are made under a longstanding government-to-government defence cooperation programme between the UK and Saudi Arabia,” the spokesman explained. “OIELs are not a simple or quick option for exporters and the application process can take several months. Terms and conditions for use will vary depending on the goods and export destinations. Holders of OIELs are subject to audit by DIT compliance inspectors.”