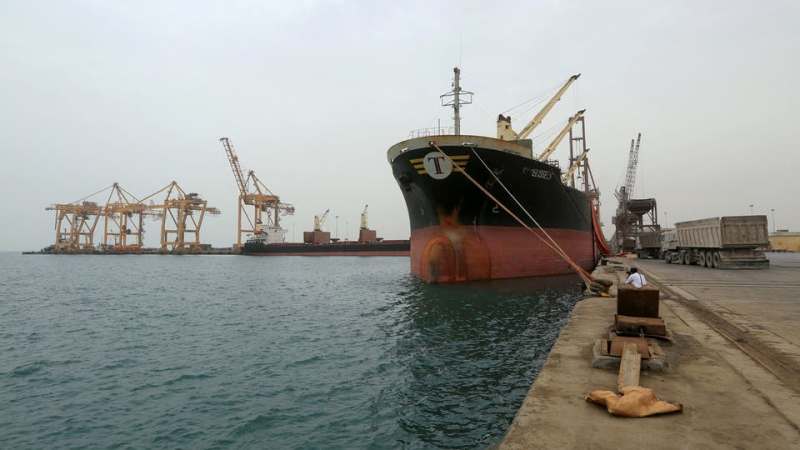 Decisions taken by the Yemeni government-run Economic Committee (EC) are arbitrary and illegal, oil traders in Houthi-held areas said Saturday, dubbing the EC as partial since its decisions harm them.

The Sana'a-based general union of oil suppliers said in a statement they comply with the UN inspection mechanism applied to tankers according to objective criteria and clear conditions, calling on the UN to stop harm caused by the EC and end its restrictions on oil shipments.

On Friday, the EC warned oil traders against "consequences of yielding to Houthi instructions and contributing to their plot, directly or indirectly, by failing to apply the government Decree 49" on oil tax and costumes collection.

Such acts would be deemed as "direct funding to outlaw militias, a crime affecting the national economy and a clear obstacle to humanitarian efforts in Yemen," according to the EC.

In a letter to the UN humanitarian chief Mark Lowcock, the government said its Decree 49 of 2019 should be applied and tax duties on oil cargos be deposited before importation, including shipments heading for the rebel-held Hodeida port.

The EC claimed the Decree would help boost its capacity to honor its commitments and pay civil servants salaries as a basis for improving the humanitarian situation.

But Sana'a oil suppliers say they reject to deal with the Aden-based EC as it "deliberately detains and delays tankers for weeks .., asks for illogical data and documents and deals selectively" with vessels.

The EC's "performance is unprofessional and lacks transparency," the statement added, accusing the EC of monopoly, prohibiting of ports and asking for fees outside ports.

Oil traders have repeatedly filed complaints to the EC on blackmail and restrictions, but the Committee is a "political tool at the hands of one of the warring parties .. in contrast to economic interests" of Yemen, according to the statement.

The union denied the EC's "claims about pressures on suppliers in terms of their stance against its illegal practices."

Yemen has been dividedfollowing an armed conflict that broke out after the Iranian-backed Houthis had ousted the official government late in 2014.