Italy provides one million euros for demining in Yemen 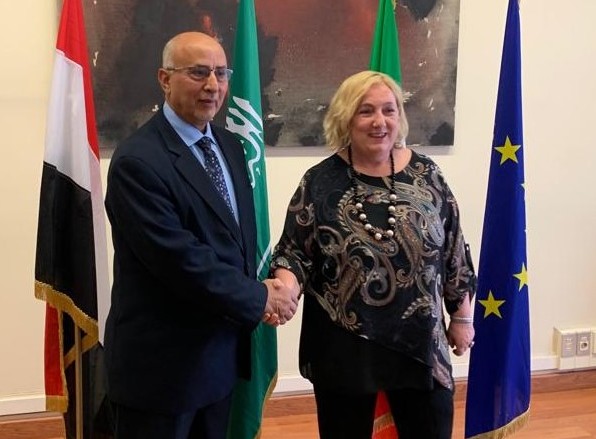 Italy is continuing to provide relief and development support to Yemeni people, and to back all international efforts aimed at making peace as ambitioned by Yemeni people, the Riyadh-based Saba quoted the Italian Vice-Minister of Foreign Affairs and International Cooperation,Emanuela Claudia,as saying at her meeting with the Yemeni minister of local administration.

On his part, Minister Abdul RaqeebFateh said his government "attaches great importance to development and livelihood-supporting projects, as they have great impact in attracting workers, reducing unemployment and enhancing stability."

He appreciated the Italian efforts in supportingthe Yemeni legitimate president and government and Yemeni people, and in funding humanitarian response plans in the war-torn country.

Many Yemeni areas seeing battles are thronged with thousands of mines and bombs planted by the Houthi group since the war outbreak in 2015.

The rebels have planted more than one million mines, according to the Yemeni internationally-recognized government.

Yemen has been racked by an armed conflict that broke out after the Iranian-backed Houthis had ousted the government late in 2014.

The 4.5-year war has left tens of thousands killed, hundreds of thousands injured, and 3 million displaced, triggering what the UN calls the world's worst humanitarian crisis, with most of the population in need for a type of humanitarian aid and immediate protection, including 14 million people risking famine and some 1.8 million children suffering malnutrition.

The conflict is largely seen as a proxy war between Saudi Arabia and Iran.