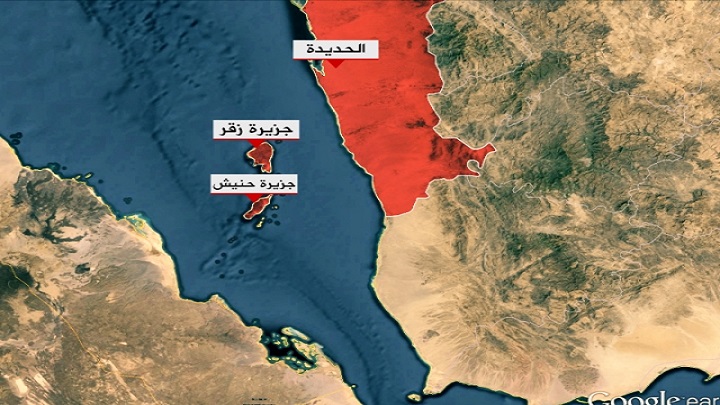 Yemen's internationally-recognized coast guard forces officially took over the Zuqar Island, south of the Red Sea, after the UAE pulled out, a military spokesman said.

The spokesman for the joint forces leading the west coast operations and loyal to the "legitimate" government of Yemen, Colonel Waddah al-Dobish, said that the coastguard forces of the government army began its work on Tuesday in "Zukar", 34 km from the Yemeni coast, after the exit of the UAE forces .

Dobish added that the UAE forces handed the island full of military equipment, including warships and reconnaissance and various military components.

He claimed that the Zukar island is the last island where the UAE forces were present after it handed over a number of islands to the Yemeni Coast Guard, including the strategic Mayyun (Berim) Island, located near the Strait of Bab al-Mandab.

The island of Zuqar is the largest island of the Hanish archipelago, located between the coasts of Yemen and Eritrea, near the Strait of Bab al-Mandab, linking the Red Sea and the Gulf of Aden. It covers an area of ​​185 square kilometers.

In September 2016, forces from the Saudi-led Arab coalition to support of legitimacy in Yemen took control of the island.

The UAE forces announced at the end of July that they had withdrawn from Al-Jazeera as part of a previously announced reduction of their military presence in Yemen, but Emirati officers and soldiers remained on the island to train members of the Yemeni Coast Guard.

The UAE has trained more than 1,500 Coast Guard troops to combat piracy and any terrorist threats or attacks that threaten international shipping lines in the Red Sea.

The UAE is a key partner in a Saudi-led military alliance to support the internationally recognized 'legitimate' government in its nearly four-and-a-half-year war against the Iranian-backed Houthi group( Ansar Allah), which since late 2014 has controlled the capital Sana`a and most of the densely populated northern country.