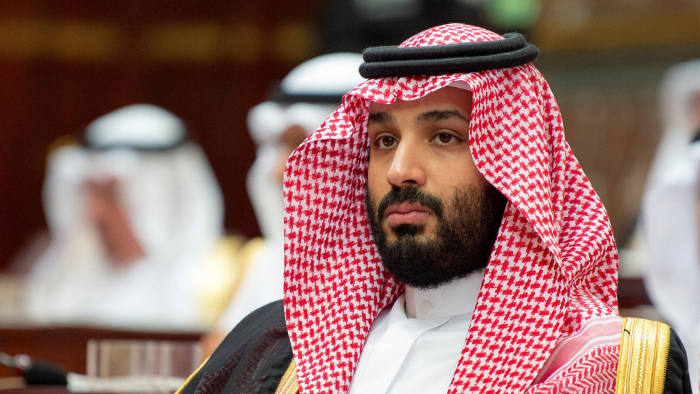 Andrew England Saudi Arabia has arrested at least eight writers, bloggers and journalists in a fresh crackdown on dissent in the kingdom, according to a human rights group.

The arrests took place over the past week in Riyadh, Jeddah and other cities, said ALQST, a London-based group that monitors human rights abuses in the kingdom, with security officials raiding homes and seizing laptops and mobile phones.

Riyadh has stepped up these efforts in recent months as Crown Prince Mohammed bin Salman has pushed ahead with his plan to launch an initial public offering of Saudi Aramco, the state oil company, and lure foreign investment to the kingdom. But the past week’s arrests suggest that Prince Mohammed, the nation’s de facto leader, is not easing up in his crackdown on potential critics.

“This latest wave of arrests represents another round in the continuing and far-reaching crackdown on activists, writers and advocates of reform that has been going on ever since Mohammed bin Salman became crown prince,” ALQST said in a statement.

Since King Salman promoted his 34-year-old son to heir apparent in June 2017, the young prince has spearheaded economic reforms to overhaul the oil-dependent economy and eased social restrictions, particularly for women, in the conservative kingdom. But critics say the government has become increasingly autocratic under Prince Mohammed’s watch, with scores of royals, businessmen, academics, clerics, female activists and bloggers being detained.

It was not immediately clear why the eight were detained because none was considered to be particularly high profile.

Those detained last week included Fouad al-Farhan, a blogger and technology entrepreneur who was previously detained for 173 days in 2008 after writing about political prisoners. He has kept a low profile since then and avoided making public comments about politics. Others included Abdulmajeed al-Buluwi and Bader al-Rashed who have both written for Saudi newspapers. Abdulaziz al-Heis, a US-educated researcher who has previously worked for Qatar-owned Al Jazeera television network, was also arrested, ALQST said.

Riyadh has been locked in a more than two-year dispute with Doha after Saudi Arabia, the United Arab Emirates, Bahrain and Egypt imposed a regional embargo on Qatar, accusing the gas-rich Gulf state of sponsoring Islamist groups.

In April, another group of Saudis — also not considered to be prominent or frontline activists were arrested. They remain in detention and have not been brought to trial, ALQST said.

Saudi agents killed Khashoggi, a veteran journalist, while he visited the kingdom’s consulate in Istanbul. The CIA reportedly concluded that Prince Mohammed must have authorised the killing. Riyadh insisted that it was a rogue operation and the Crown Prince has denied he had any knowledge of the killing.

Prince Mohammed told CBS News in September that Khashoggi’s murder was “a heinous crime”. “But I take full responsibility as a leader in Saudi Arabia, especially since it was committed by individuals working for the Saudi government,” he said.