Battle for Hodeidah: Fears grow for Yemeni civilians as negotiations between coalition and Houthis falter 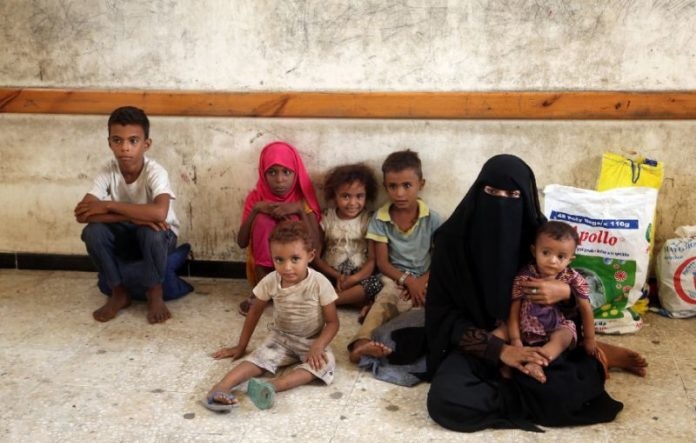 Arab coalition hopes recapturing city will break stalemate in Yemen's war, but any damage to its vital port could plunge millions of people into full-scale famine

Yemen’s exiled president has reportedly rejected a deal to place the Houthi rebel-controlled city of Hodeidah under UN jurisdiction, raising fears for the country’s civilian population as the time allocated for ceasefire talks begins to run out.

The United Nations-brokered negotiations are ongoing as of Thursday, a source close to the talks told The Independent, but all parties have so far been unable to agree on the terms of a truce which would avoid further fighting in the vital port city.

Hodeidah, on Yemen’s Red Sea coast, is a vital lifeline for the country’s embattled population. Since the war broke out in 2015 more than 22 million people have become dependent on aid to survive, and around eight million of that figure live on the brink of famine.

Civil society has collapsed, with of doctors and teachers going unpaid, and the country is in the grip of the worst cholera epidemic in modern history.

An estimated 80 per cent of the country’s food, medicine and other imports flows through Hodeidah, leaving aid agencies sounding the alarm that any damage or hold up in the flow of goods could push Yemen into total collapse.

The Arab coalition fighting to regain control of Yemen – led by the exiled government, Saudi Arabia and UAE – launched a massive operation to retake the city earlier this month, which it hopes will clear a path to driving rebels out of the capital, Sanaa, and end the stalemate in the three-year-old war.

Sky News Arabia reported late on Wednesday night that Yemeni president Abdrabbuh Mansur Hadi rejected the second of two offers from Houthi rebels, which would allow the Iran-backed forces to remain there but under UN supervision.

On the ground, civilians with the funds to do so are fleeing Arab coalition bombing, which activist Tawfeeq Hazmal said was near constant around southern neighbourhoods and Hodeidah airport compound.

“The situation is deteriorating very quickly,” he told The Independent.

“Most families don’t have the money to relocate outside the city, they will stay in their homes, waiting to die from hunger or bombing.”

At least 300 people are believed to have died since fighting began in earnest on 13 June. On Wednesday, footage widely circulated in Yemeni media showed the burning remains of a bombed bus, which was reportedly hit by a coalition airstrike on Tuesday while carrying displaced civilians from Hodeidah to Taiz. The attack killed at least nine people.

Overnight the coalition dropped leaflets on Hodeidah’s 600,000 residents warning them to stay out of the city centre, sparking fears the full-scale assault will resume soon. Residents say the Houthis are preparing for an urban battle, planting landmines, digging out trenches and placing snipers on the roofs of residential buildings.

Also on Wednesday, the UN secretary-general’s office released its annual Children and Armed Conflict report, which found for the second year in a row that the Arab coalition is responsible for the majority of child deaths in Yemen in 2017 – 370 out of a verified total of 552 – although the report noted the true figure is likely to be much higher.

In a statement, Save the Children said the Arab coalition this year has been placed in a new section of the report “reserved for parties that have put in place measures aimed at improving the protection of children”.

Most western governments continue to sell munitions to Saudi Arabia and the UAE destined for use in Yemen’s war, which rights groups say could amount to war crimes. The coalition has managed to hit schools, medical facilities, weddings and funeral gatherings in the past.

“While the Saudi/Emirati-led coalition is still listed for killing and maiming children in Yemen, clearing it of attacks on schools and hospitals when the evidence shows otherwise is deplorable,” Save the Children CEO Kevin Watkins said.

“Unfortunately, the UN secretary-general has failed to apply the same criteria to all parties in the conflict and missed an opportunity to hold them to account for all the grave violations committed against children in Yemen.”