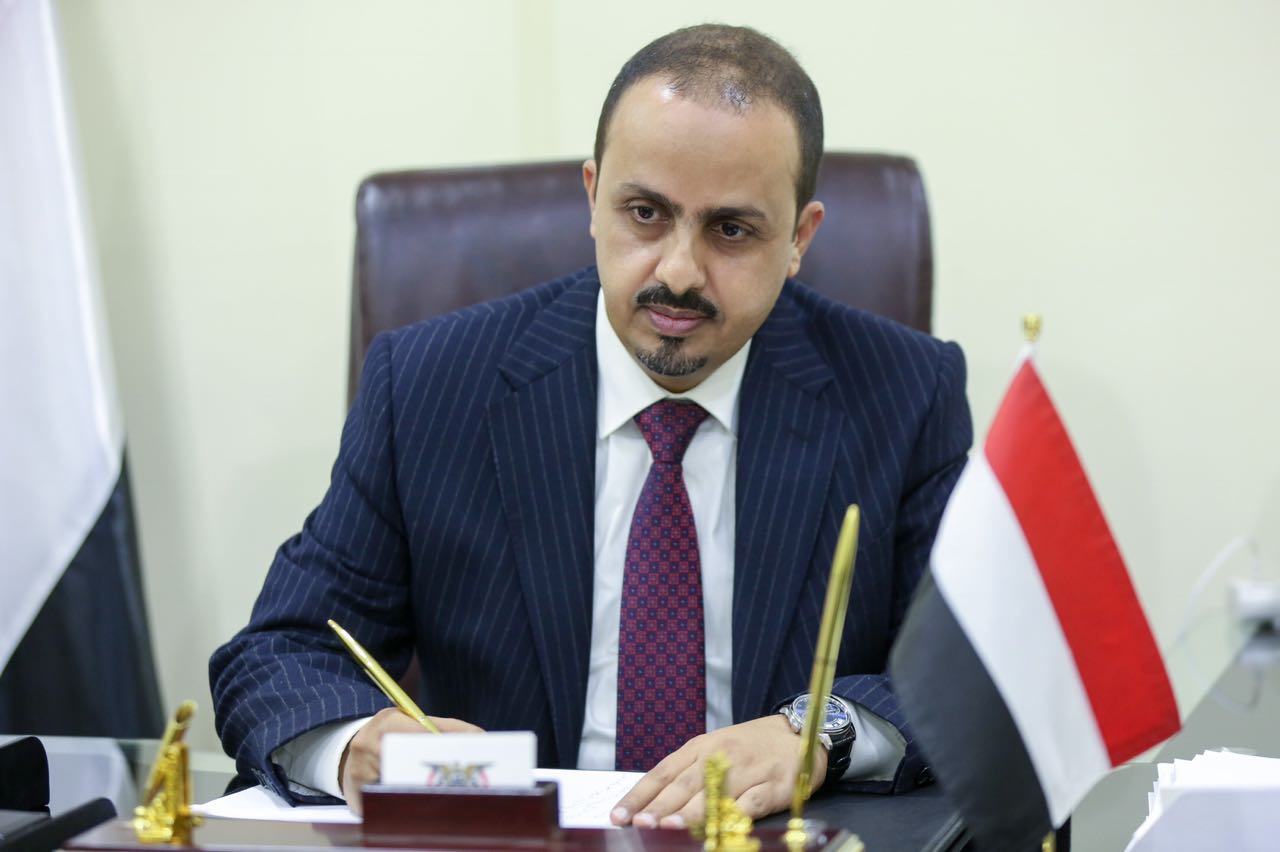 The Minister of Information in the Yemeni legitimacy government, Muammar Al-Iryani, warned of what he described as the Houthi group (Ansar Allah) attempting to rob the savings of Yemeni citizens in the areas under the group's control through what is called "electronic cash".

Al-Eryani said in a series of tweets on his personal account on "Twitter": "We warn of the consequences of the decision of the Houthi militia supported by Iran to prevent the circulation or possession of the national currency in its areas of control and criminalize those who deal with it, and its dangerous efforts to plunder national capital and withdraw citizens' savings through calling it to exchange the national currency for what it calls "the electronic cash".

Al-Eryani described the decision as dangerous, stressing that it falls within the destructive policies pursued by the militia since its coup to strike the national economy, corruption and speculation with the currency as described.

He added: What the group did is undermining the efforts of the government and its monetary policies that succeeded in stopping the currency collapse, preserving its purchasing power, improving the exchange rate, stabilizing the prices of food commodities, and paying the salaries of retirees and employees of a number of sectors in the areas under its control.

Al-Eryani called on the United Nations and the Special Envoy for Yemen to carry out their responsibilities and exert the necessary pressure on the Houthi group to neutralize the national economy from the conflict and not use it as a tool of blackmail and barter because of its association with the fate of people and their living conditions, which reached catastrophic rates due to the poverty and starvation policies pursued by the group.

The Central Bank led by Houthis decided to compensate citizens other than merchants, banks and money changers with electronic cash or the legal national currency for the illegal currency in their possession according to the approved ceiling via the electronic cash wallets agents specified by the bank.

The statement called on all components of society to contribute positively to protecting the economy, and maintaining the value of the national currency from collapse.