Sources: Soleimani met before he was killed by Houthi leaders in Beirut 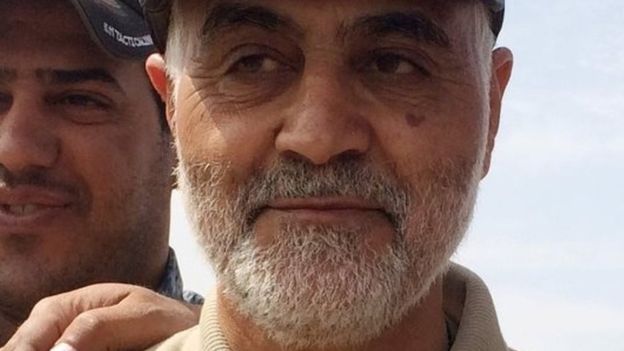 The Saudi newspaper "Okaz", quoting source it described as "reliable" in the Yemeni capital, Sana'a controlled by the Houthi group (Ansar Allah), said that the commander of the iranian Major-General Qassem Soleimani, head of the elite Quds Force, was held in Beirut from which he was returning to Baghdad before his death, Meetings with leaders of the Houthi group and the Lebanese Hezbollah.

The sources added that the meetings included "planning for terrorist operations in the Yemeni regional waters targeting international commercial and military ships, especially the American one."

The sources quoted leaders of the Houthi group as saying: "Soleimani stressed the need to unify the ranks to break the siege on Tehran by activating the arms of the resistance and carrying out suicide operations and booby-trapping international corridors and turning the seas into a theater of combat operations that depend on hit-and-run, precision strikes and explosive boats."

The sources stated that "Soleimani was feeling that he and his country are in danger and that the only way to pressure the Americans and force them to negotiate is to move the proxies and militia to thwart the anti-Iran uprisings and their followers in the Arab countries."

The sources revealed that the Houthis had received a pledge from Soleimani to send more experts and weapons to Hodeidah, in western Yemen.

The sources pointed out that the Houthi leaders and the Iranian supervisor of the Houthis, Abdulridha Shahlai, participated in the meeting via the web from Sana'a and Hodeida.

According to Okaz, the Houthis recently moved the headquarters of Iranian experts from Sanaa to Hodeida.