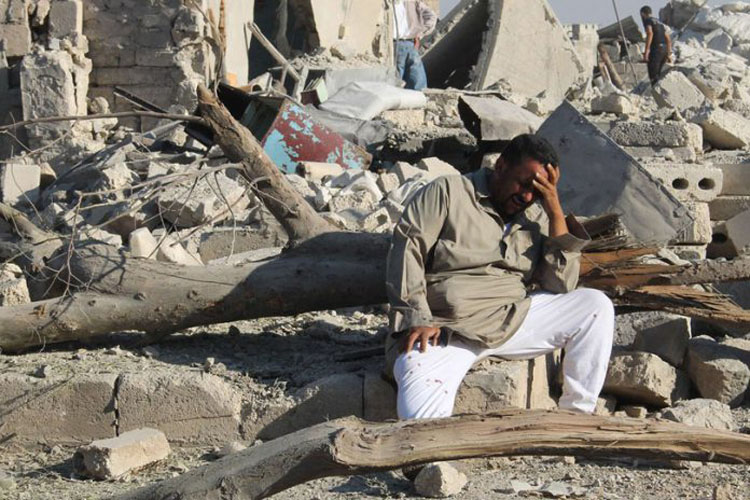 As the chances of peace are disappearing day after day, the war in Yemen continues for about 5 years, and the Yemeni person always pays the price of an armed conflict, from which he can only be killed, lost, and displaced at best.

A UN report on Friday revealed that 4 million people have been displaced since the war began in Yemen at the end of March 2015.

A report of the United Nations Population Fund stated that with the conflict entering its fifth year, Yemen is still the worst humanitarian crisis in the world with shocking levels of humanitarian needs.

The report pointed out that 80% of the population, or about 24.1 million people, need some form of humanitarian assistance.

The report spoke of "the conflict in Yemen characterized by cycles of displacement and return, and that up to 4 million people have been displaced since the beginning of the conflict.

The report said that more than 730,000 people were displaced in 2018, while displacement in 2019 was more local, as displaced families moved to places close to their usual place of residence, adding a burden to smaller population centers within the same governorate.

In a related context, the United Nations High Commissioner for Human Rights, Michelle Bachelet, confirmed the killing of more than 7,700 civilians since the war in Yemen began in 2015.

In a statement on the sidelines of the 43rd session of the Human Rights Council in Geneva on Thursday, she said that "in the first two months of this year, it was confirmed that 74 people were killed, including 43 children, and 107 wounded."

Bachelet noted that, since March 2015, 7,734 civilians have been killed, including 2,103 children, while 12,269 others have been injured by indiscriminate attacks, landmines, explosive devices, and the storage of weapons and explosives in residential areas by all parties to the conflict.

She added, "Despite the ceasefire in Hodeidah enabled by the Stockholm Agreement, Hodeidah witnessed the largest number of civilian casualties in 2019, with 102 civilians killed and 310 injured, most of them from indiscriminate attacks by Houthi and government forces."