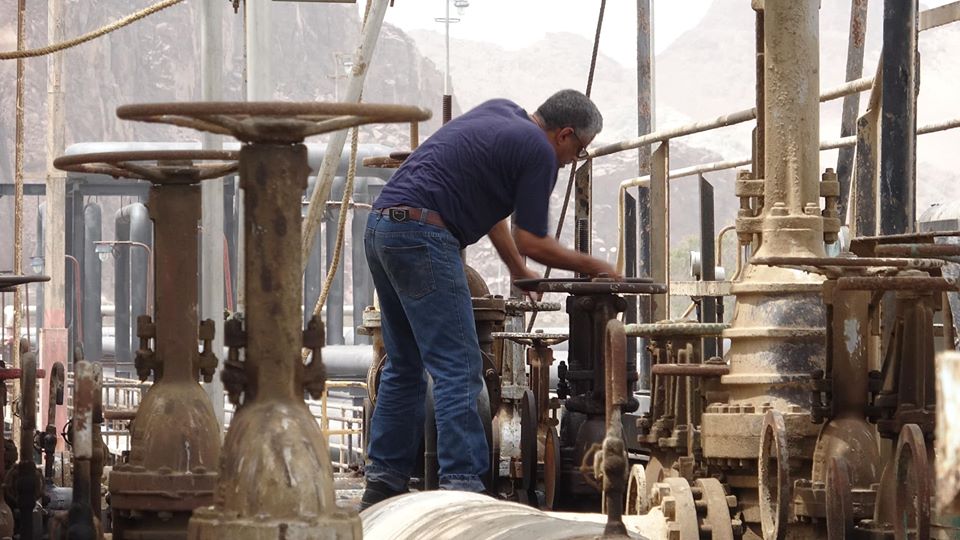 Followers of the events of the oil port in the governorate of Aden in southern Yemen see that "the Southern Transitional Council (STC)" took a courageous step towards breaking the monopoly of importing oil derivatives by influential figures in the Yemeni internationally recognized government.

And identical sources said that the security belt forces affiliated to the UAE-backed Southern Transitional Council (STC) prevented, on Saturday, a tanker belonging to the businessman and deputy director of the Yemeni Presidential Office, Ahmed Al-Eisei , from unloading their cargo of fuel at the Oil Harbour - Port of Aden.

Al-Ba`wah accused President Abedrabbo Mansour Hadi of profiting from the fuel trade by excluding other importers, demanding that the other Vampa ship be allowed to unload its cargo in Aden.

And Yemeni President Abdrabbu Mansour Hadi issued a decision appointing businessman Ahmed Saleh Al-Eisei as an adviser to the president and deputy director of his office for economic affairs, in a move that raised surprise, and observers considered it as evidence of the authority's marriage with money. 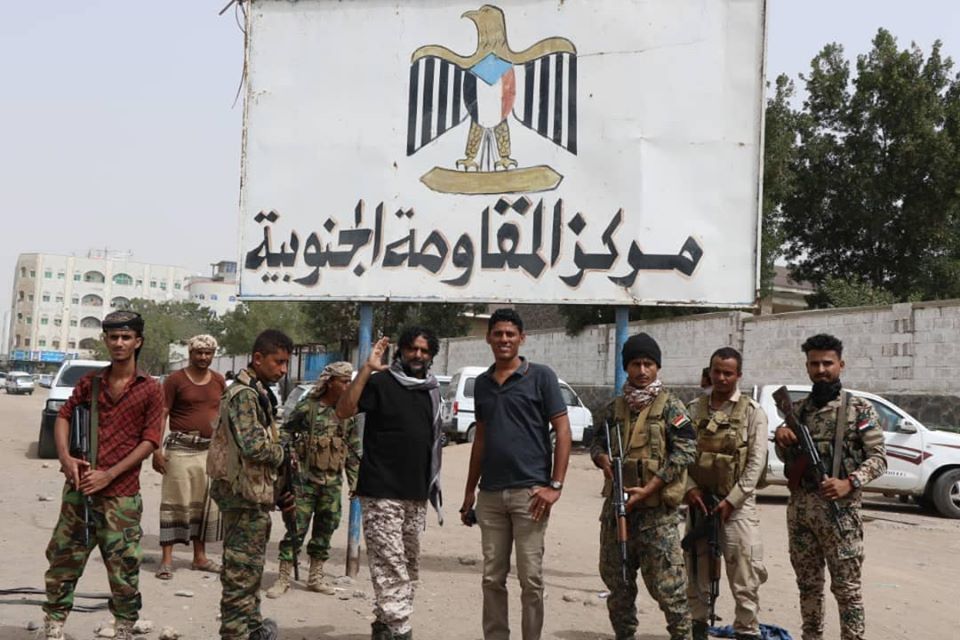 The Southern Transitional Council (STC) in Aden" stressed in a statement that the process of unloading fuel for ships belonging to what he called "influential" has been halted "until an appropriate transparent and corruption-free mechanism is agreed upon."

The STC said in the statement that citizens "suffer from the deterioration of the situation at all economic, security, political and other levels because of the continued centers of corruption in the legitimate government in the practice of its corruption without finding someone to deter it or put an end to it," noting that "the monopoly of buying and selling oil derivatives is considered an aspect one of the aspects of corruption is widespread in all state institutions. "

"The southern resistance forces (SRF) had to act to put an end to this indifferent disregard for the suffering of the southern people as a result of the unjustified monopoly of buying and selling oil derivatives by a handful of people who are unscrupulous and humanity who made their personal ambitions overwhelm all other interests, including the interests of the people," he added, according to the expression of statement.

The statement continued that "the Southern Resistance Council - Aden headed by Abdel Nasser Ba`wah (Abu Hammam) moved to stop the tampering in the monopoly of oil derivatives, after the influential people and the mafia of corruption in the field of oil derivatives prevented the merchant ship" Freight Marge", which is affiliated with the company" Vampa "for oil services from unloading Its cargo was in the Oil Harbour - Port of Aden after it had emptied part of its cargo, on the pretext that it did not fulfill some of the required procedures. 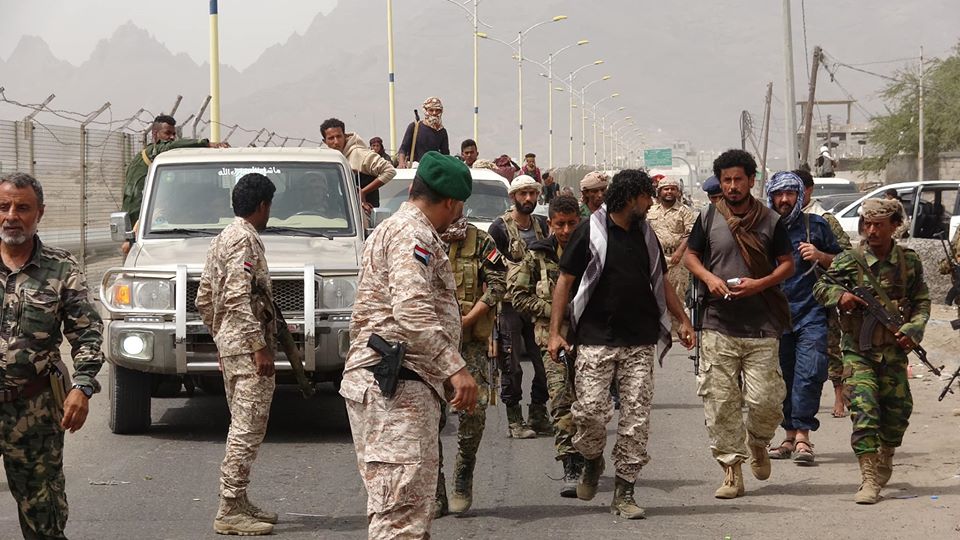 The statement emphasized that the vessel "Freight Marge" had obtained a permit from the coalition leadership, and it had fulfilled all procedures according to the confirmation of the message of Deputy Minister of Transport Nasser Ahmed Sharif, who was directed to allow her to enter the port and unload its cargo.

The company also confirmed that it "has completed all official approvals by all the concerned authorities in the state, and has paid the customs duties and full state dues in the amount of approximately one billion nine hundred million riyals, and it was not allowed to enter for emptying."

In its statement, the STC  demanded that "all southern investors be allowed to enter the field of buying and selling oil derivatives without exception" and "the delivery of the consignment of oil destined for power stations that did not arrive despite the victory of the Al-Eisei company for its tender for a long time. "

The statement called for "nominating scientifically and practically qualified southern cadres to establish a true business partnership that will ensure that the monopoly of importing oil derivatives is not repeated."

The statement said that the monopoly of trade in oil derivatives "has reached a level that cannot be tolerated," calling on the Yemeni president to "stop this systematic absurdity." 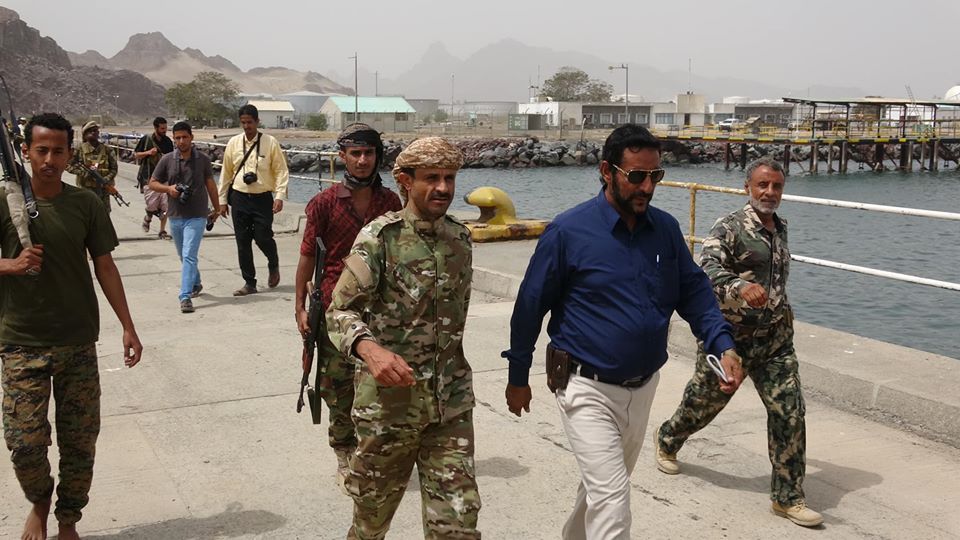 The Southern Resistance Council stressed that it would work "to stop the tampering and to place a system that guarantees everyone the right to competition subject to transparency and the laws and regulations in force in the country."

The International News Agency (Debriefer), had previously published a special investigation entitled: “Al-Eisei  is a merchant greater than the state with presidential collusion and an increasingly deadly corruption lobby.” It dealt with the role of businessman Ahmed Saleh Al-Eisei  as a monopoly for importing all kinds of fuel to Aden and the neighboring governorates in Creating recurrent crises of no fuel in those governorates.

Economists asserted to Debriefer in the same investigation that the war in Yemen continued for nearly four years, the weakness of President Hadi's personality, and his inability to do something that immortalized in his history caused the formation of a wide network of investment and commercial interests starting from the top of the Hadi power and some political forces, whether political or Doctrinal, tribal, and regional levels leading to external interventions.

A new type of alliance has emerged between power and wealth, championed by money and business, and even fake brand names as financial interfaces.

Those components and the interests network now control the oil derivatives market, which is reflected in the prices of necessary goods and services, the living requirements of citizens,the fabrication of crises, and the strangulation of the state’s movement, transportation and employment.

In the northern areas "liberated from the Houthi authority" control of the fuel trade in Marib, the ruling authority loyal to the Yemeni Reform Party, the arm of the Muslim Brotherhood in Yemen, is the strongest party in the worn out "legitimacy", represented by the governor of Marib Sultan Sultan Al-Arada, where production of Ma'rib refineries was allocated to cover the needs of Marib Shabwah and Sayoun (Hadhramaut al-Wadi), while the local authority in Hadhramaut al-Sahel edited the prices of petroleum products and imported and distributed them.

On the south, the merchant Al-Issa controls the fuel market in Aden, the governorates of Abyan, Lahj and Al-Dhalea, and he is the man considered by many to be the main front for the lobby. This case is a perfect example of marriage of corrupt power, with defiled capital.