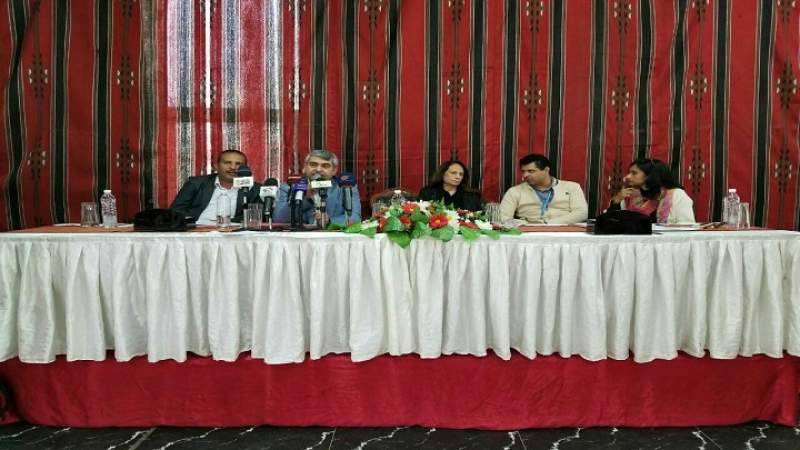 Ansar Allah group (Houthis) announced on Thursday that it had reached a new agreement with the World Food Program (WFP) to correct "previous imbalances".

"Our agreement with the World Food Program (WFP) came to address the suffering we suffered from the arrival of spoiled food in Yemen, and today aid will arrive in cash to the citizen to buy whatever food he wants," said Secretary General of the Supreme Council for the Administration and Coordination of Humanitarian Affairs of Ansar Allah (the Houthis), Abdelmohsen Tawoos. ".

He added: "The Yemeni people are in difficult conditions due to the war and the blockade imposed by the coalition, and this aid represents nothing and only reaches less than 7 million beneficiaries in the north and south."

Tawoos considered that the threat of UN and international organizations to suspend aid to Yemen is considered a pressure card that the coalition seeks to impose since last year.

The prominent leader of the Ansar Allah group (Houthis) and member of the group's political council, Muhammad Ali Al Houthi, demanded on Wednesday, in a tweet ,"Any talk of solutions before the payment of salaries to employees, the lifting of the siege, and the air embargo, is involved in the crime of starving the people,"

Al-Houthi stressed that there is no dialogue before these urgent issues that Martin Griffiths promised to address when receiving the Yemen file, and he received promises from aggression countries to implement them as confidence-building steps.".

Al-Houthi called in a second tweet, on Wednesday, the United Nations represented by the World Food Program (WFP) "to start implementing the implementation of cash assistance after they signed all agreements on the disclosures and biometric data."

Al-Houthi considered that "the delay means yielding to the pressure of the US , Saudi, and Emirati aggression countries, and exacerbating the humanitarian crisis in Yemen."

The World Food Program on February 23 confirmed that it had made progress with the Ansar Allah group (Houthis) to start the biometric registration process in the capital, Sanaa, in preparation for the resumption of aid distribution.

The program said in a press release posted on its page on social media that the start of the biometric registration process (fingerprint system) will be followed by the distribution of cash assistance in three directorates in the capital's secretariat.