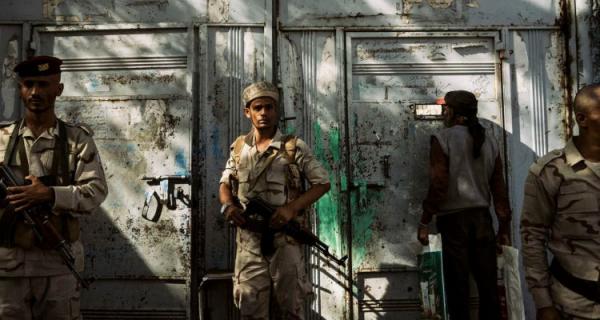 Death sentences ruled against 35 pro-government members of Yemeni parliament are sovereign and legitimate right, and a normal punishment for treason crime, the Houthi group said.

The UN human rights commissioner's office has dubbed the judgment as politically motived, which was criticized Saturday by the Houthi human rights ministry, according to Sana'a-based Saba.

Judicial rules against coalition-linked MPs are "normal punishment for treason crime and collusion with the Saudi-Emirati aggressor," source at the ministry said.

"The penalties adopted against the convicted are based on articles of the Yemeni constitution and applicable penalty law. Rules issued by Yemeni independent judiciary are sovereign, constitutional right practiced by all the world's countries," the source added.

On Friday, the UN human right commission called the Houthi group to cancel the death sentences against the 35 MPs and to guarantee that their families would not be harassed.

The politically-motived judgments fail to comply with international rules and criteria, the commission said in a statement.

The charge is connected to their participation in the Parliament session held in Seyoun on 11 April 2019, for which the Yemen internationally-recognized President Abd Rabbu Mansour Hadi, the statement added.

Last Tuesday, a Houthi-run court sentenced 35 Yemeni parliamentarians to death over charges of collaborating with Saudi Arabia and Arab coalition.