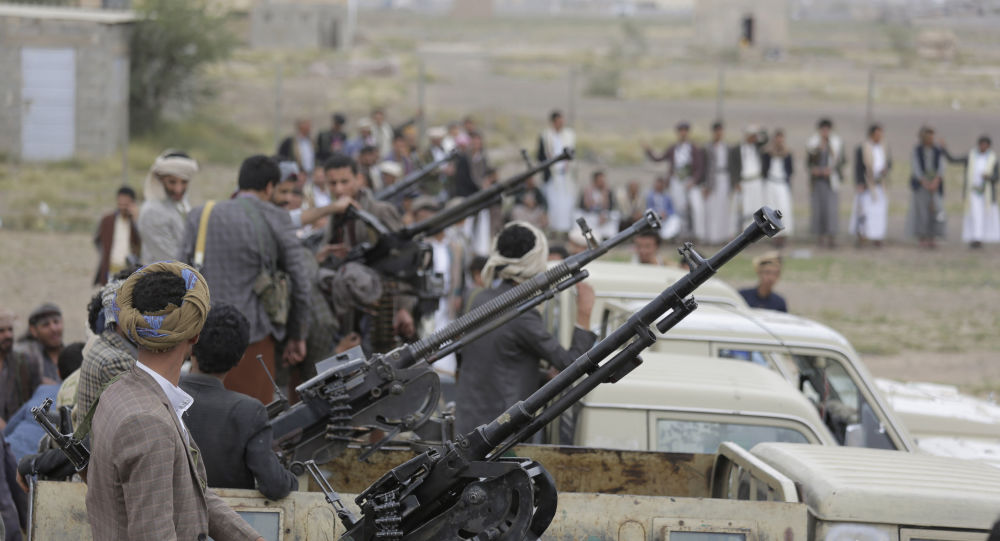 Ansar Allah group (Houthis) will continue on Sunday its field advance to control the remaining areas and directorates in the Saudi border province of Al-Jawf.

"Sputnik" quoted a Yemeni military source as saying that "Ansar Allah group carried out an attack from several axes on the positions of the Yemeni army in the Al-Muhashimah Front in the Directorate of Khub Walsha'af the largest district of Al-Jawf."

The source confirmed the group's control "during the attack supported by missile and artillery shelling on most of the military sites in the strategic Al-Mahashimah area located on the international road and the link between the Aqaba region in the Khub Walsha'af district, and the al-Boqa'a area in the Kutaf district of Saada governorate, adjacent to al-Jawf.

The source pointed out that "the new progress of the group, will tighten the screws on the government forces in the orphan and Silba in the Directorate of Khub Washa'af east of Al-Jawf.

"Ansar Allah was able to control sites in the Salila front northwest of the Orphan region in the Khub Washa'af district.", accordings to the source.

The source stated that coalition warplanes launched ride raids on the districts of Khub Washa'af targeting Ansar Allah fighters (Houthis) after their advance.

Last Sunday, the Ansar Allah group (Houthis) took control of the city of Al-Hazm, the center of Al-Jawf governorate, including the government complex building and the headquarters of the Sixth Military Region, after violent battles with forces of the Yemeni internationally recognized government.