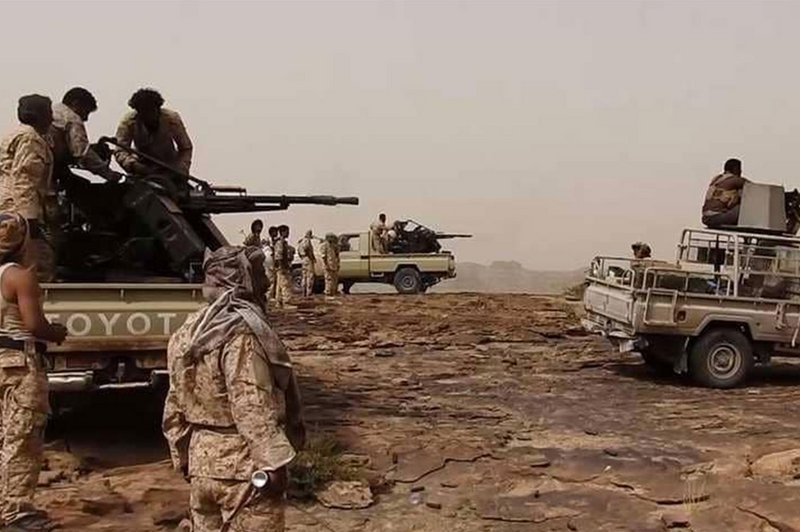 The Yemeni government forces said today, Monday, that they had retaked several military sites in the Al-Jawf border province with Saudi Arabia, after violent confrontations with fighters of the Ansar Allah group (Houthis).

The Sputnik agency quoted a Yemeni military source as saying that "the Yemeni army, with extensive air support from the Arab coalition, carried out a broad operation of two axes on the Ansar Allah group sites in the Al-Yatama area of ​​the Khub Washa`af district, the largest directorates of Al-Jawf governorate."

The source asserted that the government forces had taken control of the al-Yatama area after regaining its market following violent confrontations with the Ansar Allah group (Houthis), which left dead and wounded on both sides.

The source pointed to the continued progress of government forces and their control of sites south of the al-Yatama region and other in the mountains of Salila and the Mahashima district of the same directorate.

The source pointed out that during the wide-ranging operation of government forces in the Khub Washa`af district, coalition warplanes launched 20 air strikes, which focused on al-Yatama area.

On Sunday, the Ansar Allah group (Houthis) took control of most of the government forces ’positions in the strategic Al-Muhashmah area located on the international road and the link between the Aqaba region in the Khub Washa`af district, and the al-Boqa’ area in the Kuttaf district of Saada governorate, adjacent to Al-Jawf.