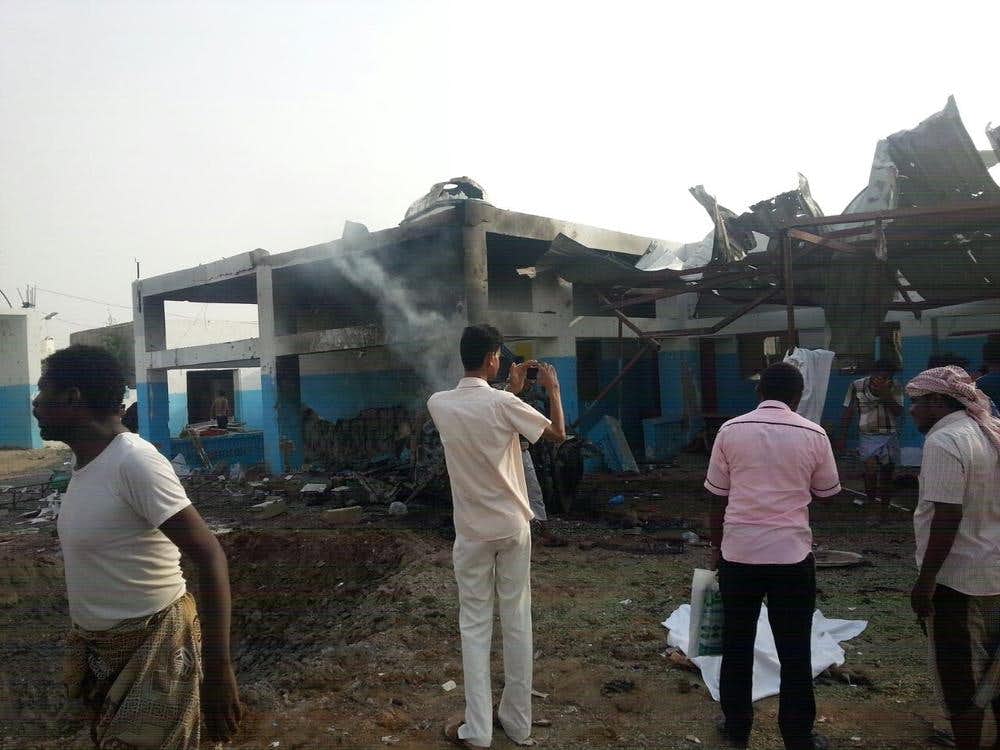 The British Guardian newspaper revealed in its report today, Wednesday, the devastating impact of targeting hospitals and health workers in Yemen by parties to the conflict, according to a joint analysis by Physicians for Human Rights (PHR) and Mwatana Group for Human Rights revealed the devastating impact of war on the health care system in the country.

Hospitals and doctors in Yemen have been targeted at least 120 times by the conflict’s warring parties, according to a report that gives the most comprehensive analysis to date of the devastating effect of war on the country’s healthcare system.

There were 120 incidents across 20 of Yemen’s 22 govern​orates between March 2015 and December 2018, including airstrikes, ground attacks, military occupation, assaults on health workers and other violations such as looting and restrictions on humanitarian aid, according to analysis co-published by Physicians for Human Rights (PHR) and the Yemeni human rights group Mwatana on Wednesday.

The findings come as a relative lull in the violence appears to have ended and Yemen’s already decimated medical sector is bracing for the possibility of a coronavirus outbreak.

The collapse of Yemen’s healthcare system has been a major contributing factor in creating what the UN says is the worst humanitarian crisis in the world, with two thirds of the 28 million-strong population dependent on aid to survive, widespread hunger and outbreaks of cholera and diptheria.

“What our report shows is how blatantly international humanitarian law has been ignored in Yemen’s conflict and how in particular attacking healthcare facilities has a long-term and wide-reaching impact,” said Osamah Alfakih, Mwatana’s advocacy director, who co-authored the report.

“All the warring parties have displayed a sustained recklessness for civilian life.”

Interviews with nearly 200 survivors and eyewitnesses identified patterns of attacks and specific violations that killed at least 96 civilians and healthcare workers and injured 230 more.

The report could be used in future war crimes investigations against the Saudi- and Emirati-led coalition fighting to restore the exiled Yemeni government, the Iran-backed Houthi rebels and various other armed groups.

Mwatana documented 35 coalition aerial attacks on hospitals, clinics and vaccination centres, which it says is “evidence of [the coalition’s] disregard for these structures’ protected status and apparent unwillingness or inability to comply with the principles of distinction and proportionality”.

The report also criticises the coalition for a lack of transparency in its operations, adding that “it remains unclear what precautions the coalition has adopted to minimise harm to Yemen’s health facilities and personnel”.

Among its recommendations the investigation says the UK, US, Canada, France and other countries currently facilitating weaponry and support to the coalition should immediately suspend sales contingent on respect for international humanitarian law in the coalition’s Yemen operations and comprehensive efforts to investigate alleged crimes and violations.

The use of mortars and artillery by the Houthis and other non-state actors in Yemen in densely populated areas has also damaged and destroyed healthcare facilities, the report said, while Houthi occupation of such buildings pointed to a more deliberate violation of their protected status.

Attacks on hospitals and clinics have closed more than half of Yemen’s pre-war facilities and the constant threat of being targeted makes it very difficult for doctors and nurses to work, Alfakih said. 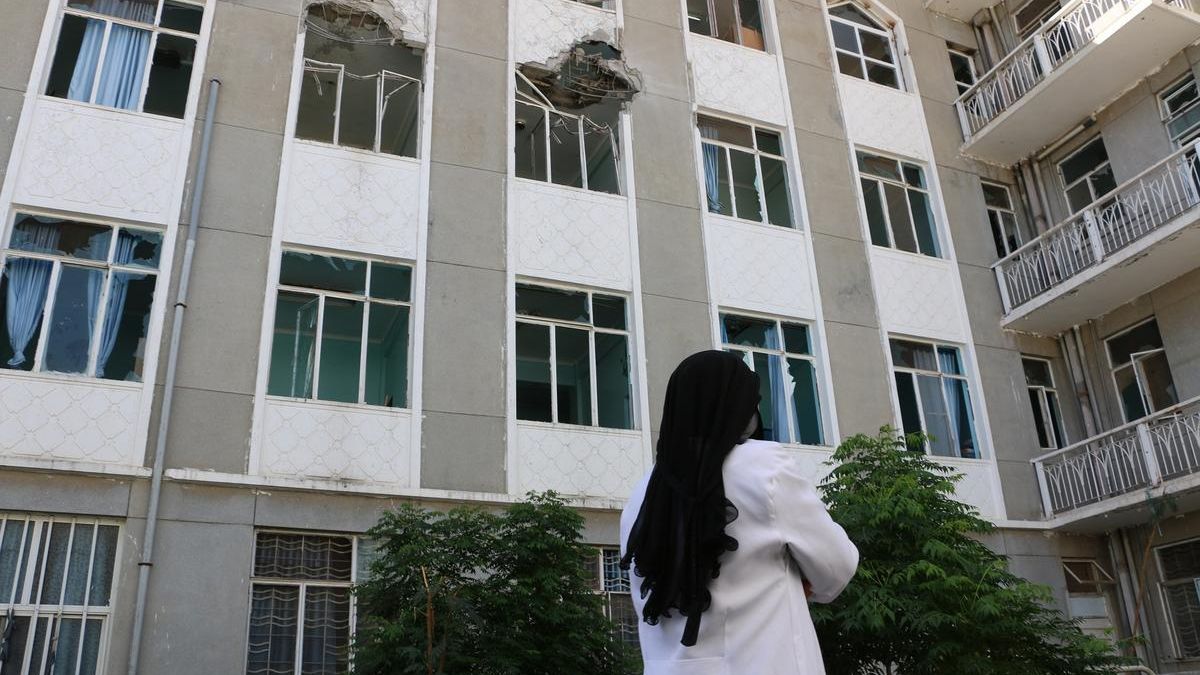 Al-Thawra hospital in Taiz was the target of at least 45 documented attacks by several parties, including ground-launched attacks, armed incursions and looting. In August 2015, the facility was targeted eight times and hit with 22 shells in two days.

“Even those hospitals that remain open lack specialists, equipment and medicine. We currently only have 10 healthcare workers per 10,000 people instead of the standard 22. If one medical worker is arrested, injured or killed that has a huge knock-on effect,” Alfakih said.

“There are very brave healthcare professionals working in Yemen right now. Even if they don’t talk about how tired they are, the toll is clear in their faces and their eyes.”

The analysis of the state of Yemen’s healthcare infrastructure comes amid heavy fighting in al-Jawf province after months of relative quiet that many hoped could lead to a more permanent de-escalation in the conflict.

Coalition airstrikes in al-Jawf launched in retaliation after the Houthis shot down a warplane killed more than 30 civilians last month. On 1 March, the Houthis seized al-Jawf’s capital, al-Hazm, sending tens of thousands of people fleeing to neighbouring Marib. 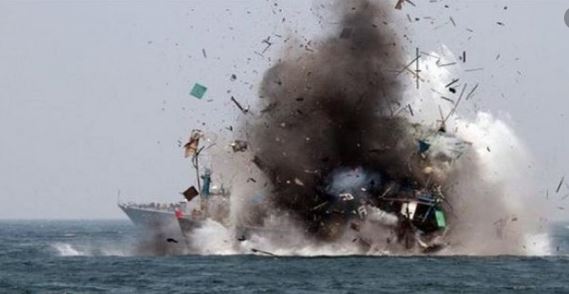 On Tuesday, Saudi state media reported that the coalition destroyed two explosive-laden boats in the Red Sea launched and remotely controlled by the Houthis from the coastal region of Hodeidah.

Worries are also mounting that Covid-19 could have a catastrophic impact if it reaches vulnerable communities in Yemen.

This week the International Rescue Committee (IRC) launched an emergency campaign to raise $30m (£25m) to help refugees, people displaced in their own countries and those living in nations with weak health systems respond to the coronavirus pandemic.

The virus could “thrive in active war zones like Yemen and Syria, putting the lives of thousands of civilians in even more danger,” said the IRC president, David Miliband.

WHO: Coronavirus cases top half a million