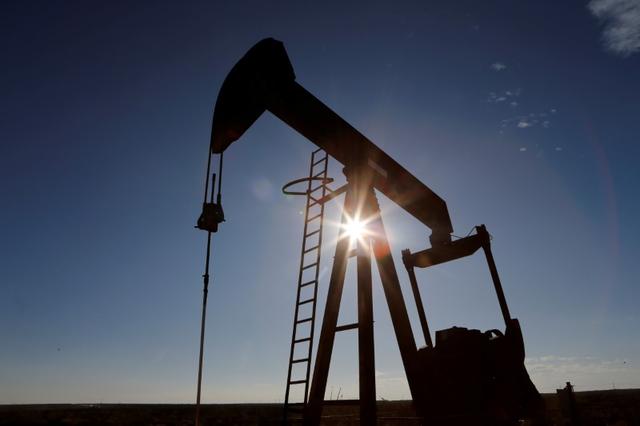 Reuters news agency reported that oil prices inched higher on Monday, while U.S. gasoline prices plunged more than 30% to a record low as global restrictions on travel to slow the spread of coronavirus destroyed demand for fuel.

Brent crude LCOc1 futures ended the session up 5 cents at $27.03 a barrel while West Texas Intermediate (WTI) crude CLc1 futures for May delivery rose 73 cents, or 3.2%, to $23.36 a barrel. Both benchmarks traded in negative territory until late in the session.

Gasoline futures RBc1 in the United States, the world’s top consumer of the motor fuel, tumbled 32% to settle at about 41.18 cents a gallon, their lowest on record. That was the biggest daily percentage drop ever, and also sent the profit margin RBc1-CLc1 to produce gasoline into negative territory.

“There’s nobody driving, there’s no business, there’s nobody that needs gasoline, and not only that, it could get a lot worse,” said Bob Yawger, director of energy futures at Mizuho in New York.

The United States consumes more than 9 million barrels per day of motor gasoline, nearly half the nation’s daily oil consumption, and with residents confining themselves and businesses shut, demand is falling precipitously.

Analysts also attributed the fall in gasoline prices to the U.S. Senate’s failure to pass an estimated $2 trillion package to boost the economy, as fuel demand is tied to economic output.

Crude futures were slightly stronger on hopes that government and central bank stimulus might boost world economies, and that Saudi Arabia and Russia might reconcile after their deal to cut oil production fell apart more than two weeks ago.

Both crude benchmarks have dropped for four straight weeks, with WTI slumping 29% last week, its steepest slide since the outset of the U.S.-Iraq Gulf War in 1991.

Oil prices have lost about half their value since Saudi Arabia and Russia scuttled an agreement between them and other major oil producers to curb supply. Now, those nations are pumping full-bore and ramping up exports.

Oversupply is so extreme that the United States plans to send a special energy envoy to Saudi Arabia to work with the kingdom on stabilizing the global oil market, U.S. officials said on Friday.

Bankers, analysts and producers are downgrading demand forecasts by the day, with numbers fluctuating around a loss of around 10 million bpd.

Refining margins for gasoline and jet fuel have tanked because of decreased demand for transportation fuels, as the pandemic has forced businesses to close and governments to push residents to avoid travel and public places.

Many oil companies have rushed to cut spending and shareholder payouts while refiners worldwide are slashing production or considering cuts as demand for fuel evaporates.

The physical market at Cushing, Oklahoma, the delivery point for WTI futures signaled heavy oversupply with prices to roll positions forward to the next month sinking to the weakest in nearly a decade.

The six-month spread of Brent futures LCOc1-LCOc7 hit its steepest since 2009 at a discount of around $9, a contango structure which reflects the current oversupply.

Oil prices have dropped more than 60% since the start of the year, while everything from coal to copper have also been hit by the coronavirus crisis, and bond and stock markets are in rarely charted territory.

“Set against this dismal outlook, the downward spiral in oil prices is poised to continue and may well reach the mid-teens. Put simply, the search for a price floor is by no means over,” PVM analysts said in a note.