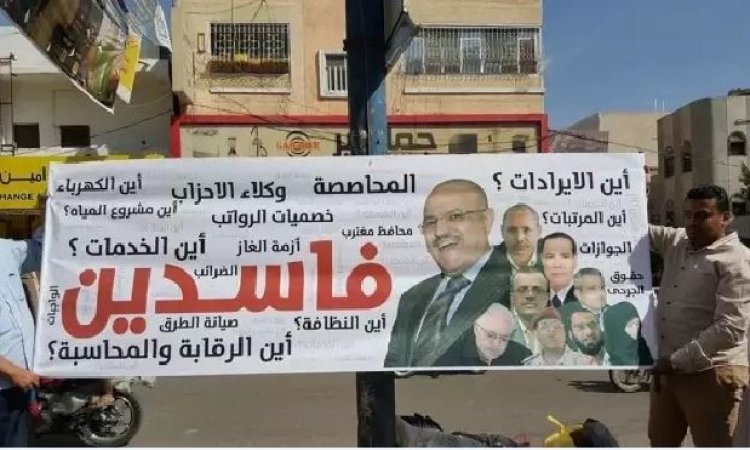 People of the Yemeni southwestern city of Taiz still sadly remember the killing of grocery seller at Osaifira flood channel one year ago.

On 24 March 2019, Taiz city did not sleep as armed groups – affiliated to a local party – launched intense shelling in the pretext of security campaign against the Salafist Abu al-Abbas Battalions in the old city.

In that morning, gunmen in uniform stood outside the shop of Najeeb al-Hanash, who had just performed Dawn Prayers and left home heading for his workplace.

As part of the security campaign, undertaken by personnel from the Islah party-led general security and military brigades and supervised by Mozhir al-Adimi and Waheeb al-Hoori, gunmen committed a terrible murder.

"Al-Hanash was neither partisan nor concerned with political affairs. He was a grocery kind, ever-smiling seller," say his neighbors, who are still waiting for the promise made by Taiz security authorities one year ago be honored and killers be brought to justice.

"To our surprise, four half-masked gunmen on an armed pickup have stormed into our neighborhood, pointed their arms at Najeeb al-Hanash, opened fire at him and left," eyewitnesses from al-Swani neighborhood told Debriefer.

"Some passersby took al-Hanash to al-Thawra Hospital. He was still alive as his wounds were not deep. But, once they knew, the killers followed him to hospital. They tried to kill him at the emergency room, but the hospital guards prevented them.

"They then cordoned the hospital, kidnapped the unconscious al-Hanash and his neighbor who took him to hospital, finished him off and mutilated his body," his neighbors added.

The unprecedentedly shocking act was documented in a footage, which was circulated by social media and condemned by people in Taiz and other Yemeni provinces.

"The al-Hanash murder and mutilation of his body can never be justified," said thousands of activists on social media, calling for bringing the killers to justice.

Amid popular fury, with many pointing fingers at the Muslim Brethren-affiliated Islah Party (as the de facto command of security forces and campaign and military brigades is under its sway), Taiz police announced late on 25 March the arrest of some wanted persons including al-Hanash killers.

A security "campaign was able to arrest the [person] accused of killing Najeeb al-Hanash," security media said, before releasing the previously-detained person in the pretext of misidentification.

Until last Tuesday, security authorities have yet to arrest the real killer of al-Hanash, his brother Fuad said one year after the crime.

"One year has passed after Najeeb was killed and dragged along on the ground, while the killers are yet to be brought to justice," Fuad al-Hanash wrote on Facebook on 23 March to remind Taiz security committee.

Najeeb al-Hanash "killers freely walk in the city's markets and streets, in very eyes of all security and other authorities concerned," Fuad said.

"Those who opened fire at Najeeb outside his house, followed him to hospital, kidnapped him on a government car, and finished him off are personnel from the security campaign and military brigades," he added, citing their uniforms.

Al-Hanash murder was not the first or the last crime, before and after which Taiz city has seen assassinations and extrajudicial executions in areas under government control.

The killers are known but backed by influential party, according to rights activists from the city.

Some activists blame Taiz local authority, led by Governor Nabeel Shamsan, for harboring the killers of al-Hanash and others, "killers taking shelter from the Islah Party; the de facto ruler of Taiz."