Yemen: 70 horses with their trainer killed and 30 others wounded in coalition airstrikes on Sana'a 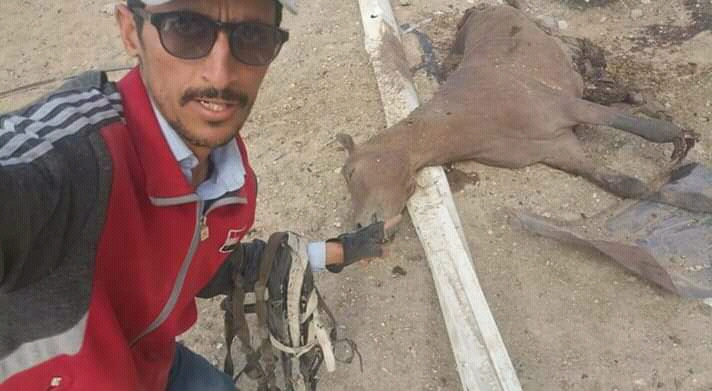 The Houthi-run Al-Masirah TV confirmed the death of 70 pure Arab horses and the injury of 30 in the airraids launched by the warplanes of the coalition today on the Military College.

Al-Masirah said that a horse breeder was killed in the air strikes, while 2 others were wounded in initial toll.

The warplanes of the Saudi-led Arab coalition to support of legitimacy in Yemen, launched Monday afternoon air strikes on various areas in the Yemeni capital, Sanaa.

Witnesses in Sanaa said that the air strikes targeted locations of the Houthi group (Ansar Allah) north of the capital.

The air strikes come two days after attacks by the Houthi group with drones and ballistic missiles targeting the cities of Riyadh and Jizan in Saudi Arabia.