Saudi ceasefire initiative in range of Houthi accusations .. No peace looms on horizon 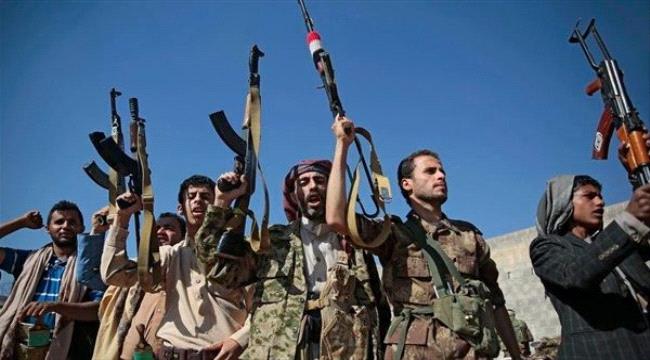 Ansar Allah group (Houthis) is intensifying the publication of news that it addresses the infiltrations and assaults carried out by what it calls the forces of aggression, and describes what is happening with violations that confirm that the Saudi-led Arab coalition lwas not serious in its initiative regarding the cease-fire that was announced last Wednesday evening.

It is remarkable during the past three days, the intensity of the statements published by the Houthi military spokesman on Twitter. All of them talk about ground and air attacks by coalition forces without stopping.

Although the Houthis had presented a peace initiative to Saudi Arabia last September, they did not seize the recent Saudi initiative according to what was expected and expected, especially as Yemen may enter a direct and catastrophic consequences with the epidemic of the Coronavirus, which the great powers could not withstand the terrifying spread of .

According to political experts, it seems that the group that has controlled the Yemeni capital since the end of 2014 does not accept any peace initiatives, regardless of their source, other than the ones that launch them and want to achieve full gains.

Returning to the military issue, the Houthi military spokesman, Yahya Saree, announced on Sunday and in several tweets that his group's fighters thwarted large-scale infiltrations of government forces on the frontlines as Najran and in the governorates of Al-Jawf, Marib and Al-Bayda.

Saree said that these infiltrations were backed by heavy air cover by coalition aircraft, which attacked the group's sites with a barrage of its missiles.

"Our forces were able, by the grace of God, to prevent a massive infiltration towards the Reshaha area in al-Boqa ', near Najran, which lasted from morning until the present day without any progress," Saree said.

"The enemy has suffered heavy casualties and equipment, and a number of dead and wounded have fallen among its ranks, including the Saudis," he added.

Saree indicated that the warplanes launched 12 air strikes within 6 hours, 5 of which were on Khob and Al-Sha`f in the Al-Jawf border region with Saudi Arabia, and 7 air strikes on the Sarwah district in Marib, northeast of Yemen.

The Houthis accuse the Arab coalition led by Saudi Arabia of a dangerous military escalation since the coalition announced a comprehensive ceasefire in Yemen for its part, starting last Thursday, for a period of two weeks, renewable.

In Al-Bayda governorate, the group said it had broken infiltration of government forces and was able to kill a number of those forces on the Qaniya front, which has been experiencing fierce battles for nearly two weeks.

The government assaults, which the Houthis said they had broken and thwarted to, amounted to 4 in the governorates of Al-Bayda and Marib, which started from midnight on Saturday until early hours from Sunday, all of which were unsuccessful, and no progress was made, according to the group.

It appears that Sunday was full of battles that were not confined to the usual fronts, as it expanded and reached a front that remained calm for several months.

The Houthi group said that it had been able to counter a major infiltration attempts by the government forces in Lahj governorate, in the south of the country, specifically on the Al-Draija and Al-Sorori fronts, and reached the Al-Hasheem area in Ashjour district and Habil Hanash.

The bottom line of all that is taking place on the ground is that the peace that the Yemeni people seek is not looming on the horizon, and instead it attends the unpleasant intentions and aspirations that do not bother with the suffering of a country torn by the struggle for power, very harshly.