Arrangements in Sanaa to sell oil at moderate cost 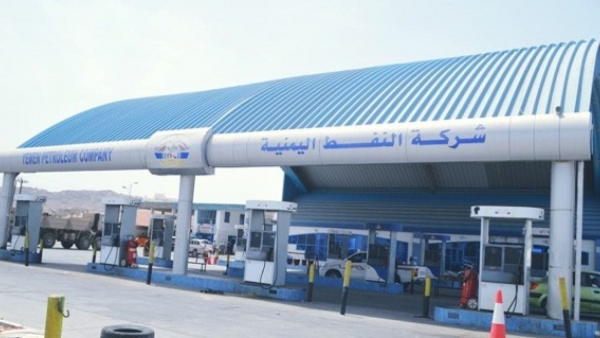 The Houthi-run Yemeni Petroleum company (YPC) announced on Thursday the arrangement to sell oil at an average cost, according to the Houthi-run Al-Masirah TV.

The company confirmed, in a statement to Al-Masirah TV, that it was unable to reduce prices because the coalition had detained oil derivative vessels.

The company noted that "the verification and inspection mechanism of the United Nations takes two and three days, and after that it assumes navy of aggression to detain ships.".

"The permits that the United Nations gives to docking in the port of Hodeidah are of no value and the aggression coalition does not give them any consideration.", the YPC added.

The YPC in Sanaa earlier Thursday accused the Saudi-led Arab coalition and the Yemeni internationally recognized government of seeking to "stop the Marib refineries from operating for narrow personal interests in light of the local need for oil derivatives."

The YPC said in a press conference in Sanaa, it has resulted in the coalition holding oil ships delay fines amounted to $ 60 million.

"Fines would have been avoided had it not been for the continued arbitrary measures of seizing oil ships off the sea," YPC added.

It stated that the number of shipments seized by the coalition amounted to more than 127 oil shipments that were held for varying periods of time, reaching a maximum of 145 days, according to the Al-MasirahTV.

YPC pointed out that the coalition "is still holding 16 oil ships, the duration of which was held for more than 42 days, despite all ships obtaining international permits to enter the port of Hodeidah."