Houthi spokesman: We showed UNSC envoys our pursuit after peace 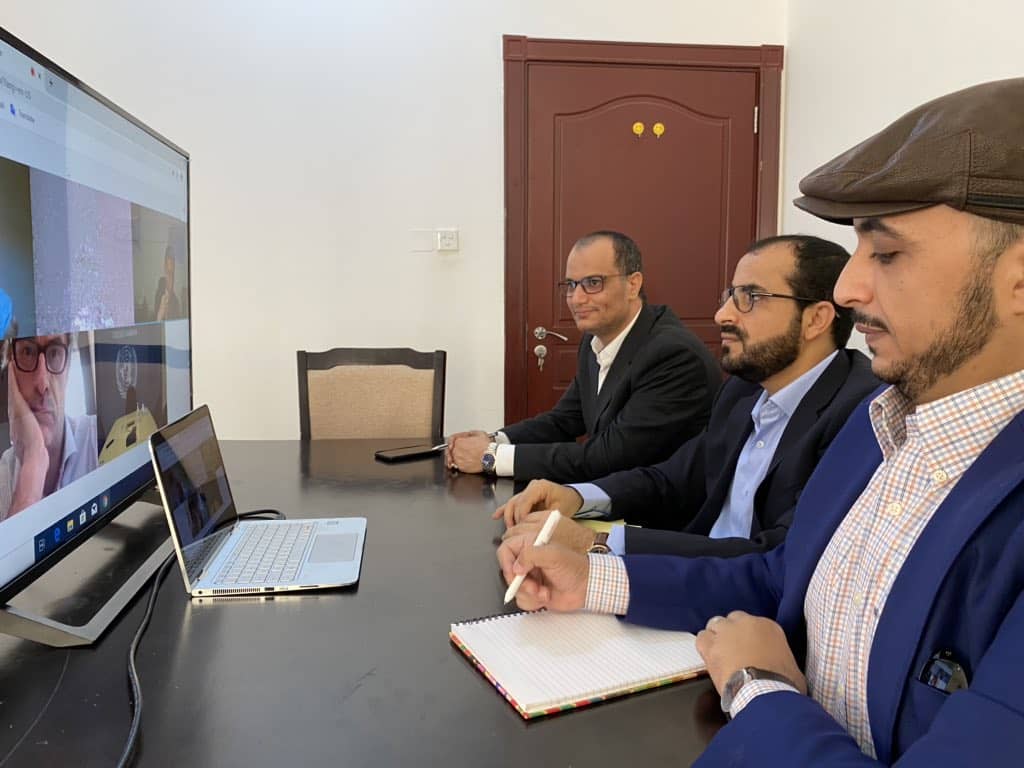 Ambassadors of the five permanent member states to Yemen on Tuesday discussed, with Houthi senior negotiator, a set of issues in the war-torn country.
"We held a broad discussion on Yemen's humanitarian and political issues" with the five envoys, Mohamed Abdul Salam tweeted.
"We proved our quest for peace and [highlighted] our initiatives, the last of which was the political vision preceded by the presidential initiative.
"We warmed to constant talks with the UN special envoy in order to stop the war and lift the blockade," the Houthi official added.
At the on-video meeting, the Chinese Ambassador Kang Yong called for a nationwide ceasefire in Yemen and for concentrated efforts in the face of COVID-19, as the "Yemeni people cannot bear further suffering."