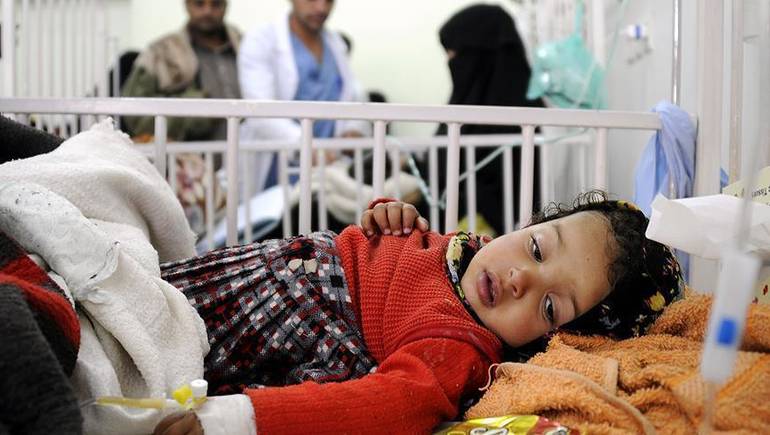 Novel Coronavirus (Covid-19) is not the only threat facing Yemenis, but there are several epidemics, including cholera, which the World Health Organization (WHO) has released shocking statistics on suspected cases in Yemen.

On Saturday, the World Health Organization (WHO) announced that it had monitored 113,000 suspected cholera cases in Yemen since the beginning of 2020.

The office of the WHO in Yemen, on his account in "Twitter" said that "56 of these cases, are laboratory confirmed cases and 29 deaths."

The office indicated that "these cases were monitored in 200 districts in Yemen out of 333".

"In response, the WHO has supported 138 diarrhea treatment centers and 58 drought management points, most of which are in affected areas," the office said.

Epidemics and fevers such as dengue, celery, and diphtheria have killed thousands of Yemenis since the war began about 6 years ago, between the Yemeni internationally recognized government, backed by Saudi-led Arab coalition, and the Iranian-backed Ansar Allah group (Houthis).

The power struggle in Yemen has destroyed and shut down more than half of the health facilities.

And humanitarian international organizations confirm that Yemen, which has recorded (126) confirmed cases of coronavirus, including (19) deaths until Saturday, will fight an asymmetric battle with epidemics whose disastrous indicators have begun in the southern governorate of Aden and will not stop there.

Many activists and residents in Aden made distress calls to international organizations to save the city, which is witnessing dozens of deaths daily, with unknown epidemics.

According to the head of the Civil Status Authority and the Civil Registry in Aden, Major General Sanad Jameel, the temporary capital recorded 76 deaths on Saturday, due to various reasons.