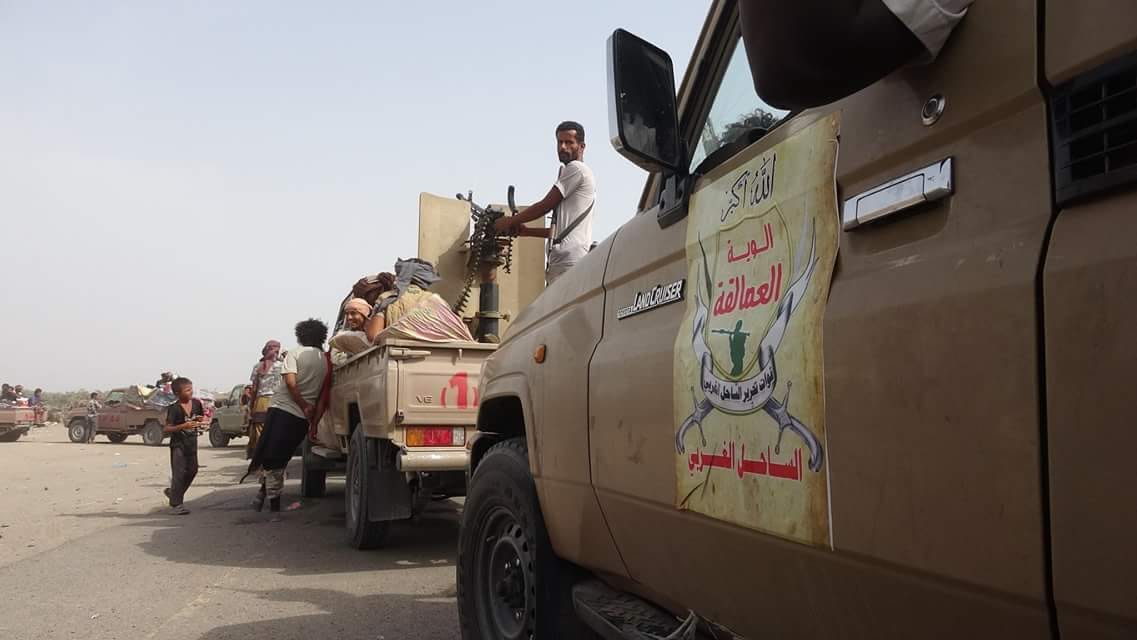 The joint forces of the legitimate Yemeni government in the Western Coast have Saturday categorically denied their participation in the confrontations between the government forces and the transitional council (STC) in the Abyan governorate, south of the country.

The joint forces said in a statement broadcast by the media center of the giants brigades affiliated in their formations that they did not participate in those events that take place in the south of the country out of their national responsibility and sensing the "gravity of the stage that requires everyone to work to bridge the rift."

It stressed its distance from any side alignment that might harm the unity of the goal of liberating all of Yemen's soil.

The joint forces accused unnamed parties of "fishing in troubled waters" by making statements alleging their participation in the recent events in Abyan.

Governmental leaders accused the joint forces of participating in the confrontations between them and the Emirati-backed STC in the areas east of the city of Zonjobar, the center of Abyan governorate.

Abyan witnessed violent confrontations between the government and the STC forces after the latter announced the self-rule of the interim capital of Aden and the southern governorates on April 26.