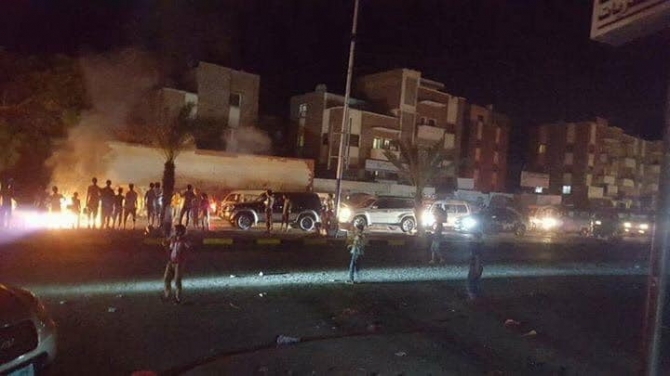 Dozens of protesters on Saturday evening condemned the electricity outages and the deterioration of public services in Aden Governorate, southern Yemen.

Witnesses said that the protesters cut a number of main streets in the city of Crater in the center of Aden, set fire to tires and prevented vehicles from crossing.

Dozens of others demonstrated in the city of Mansoura, east of Aden, condemning the electricity outages, the deterioration of health services, and the spread of diseases and epidemics that claimed the lives of hundreds of the population.

In the city of Al-Mualla, the residents spread the roads and public streets, and took them to sleep because of the high temperature and power outages.

The UAE-backed Southern Transitional Council (STC) declared on 26 April a state of emergency and self-rule for the southern provinces, which was met with regional and international disapproval.

In the past weeks, Aden witnessed protests against the deterioration of services and the "STC" control of the city, and its failure to allow the government to return to face the catastrophic situation resulting from the spread of epidemics, after the floods struck the city last April, in addition to the spread of Coronavirus.