Houthis: 19 fishermen arrive in Hodeidah after being arrested by Eritrean, Emirati forces 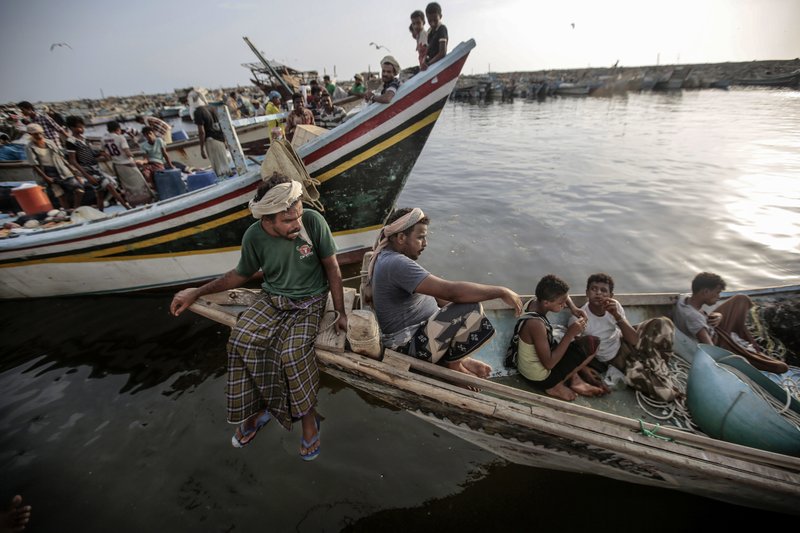 Houthi group (Ansar Allah) reported Saturday evening that 19 Yemeni fishermen arrived at the fishing port of Hodeidah province after they were detained by Eritrean and Emirati forces about 35 miles in the international waters.

The Houthi-run Yemeni news agency (Saba) reported according to the Yemeni General Authority for Coast Fishing said that the fishermen were arrested by the Eritrean and Emirati forces after cordoning off their boats and threatening them by force of arms.

The Authority added that the Yemeni fishermen's boat was seized, including their equipment before they were allowed by the forces to return on another boat in deplorable conditions.

Fishermen boats are exposed almost daily to attacks by boats and battleships of the US backed Saudi-Emirati aggression spread along the coasts off the Red Sea sector, according to the Authority.

It added that the continuous attacks on Yemeni fishermen in the territorial waters represent an economic war against a large segment of Hodeidah citizens who depend on the fishing craft as a source of livelihood, as it is one of the war crimes that are punished by international laws.

The ministry of Fishing called on the United Nations and humanitarian organizations to stop the attacks on fishermen by coalition countries and Eritrea.

Yemeni sources said that the mediation led by the United Arab Emirates, representing the Arab alliance for calm between Yemen and Eritrea, led to the release of the Eritrean military in exchange for Abu Dhabi's guarantee to release Asmara to all Yemeni fishermen arrested by the Eritrean Navy last Wednesday.