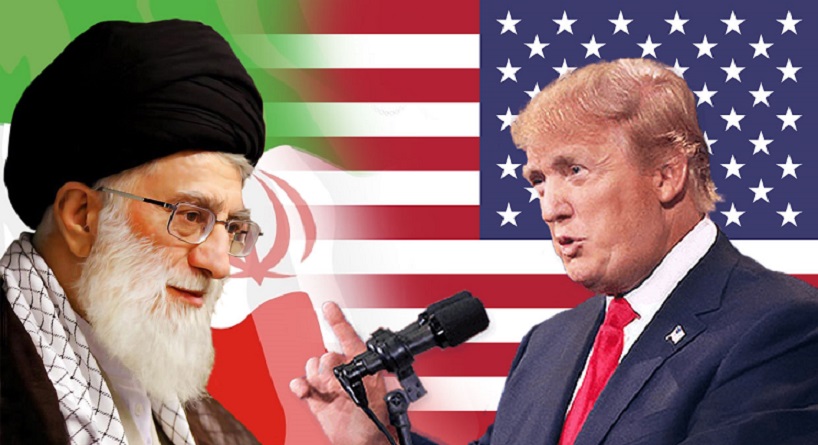 Iran-backed militant control over key areas of Yemen, despite a blistering assault by U.S.-backed Saudi and Emirati military forces, has sent a difficult message to Washington: Arab powers armed with American weaponry and targeting intelligence isn’t going to be enough to crush Tehran’s armed proxies around the Middle East.

The White House must grapple with this reality as it pushes Gulf Arab allies to play a central role in carrying out President Trump’s promise to confront and rein in Iranian meddling in Syria, Iraq, Lebanon and Yemen, regional analysts say.

The limits of Washington’s approach, some national security sources say, are clearest in Yemen, where Saudi and Emirati forces launched a relentless assault last month on the strategic port city of Hodeidah that was supposed to deal a backbreaking blow to the Iran-backed Houthi insurgency.

With the offensive now stalled and the Houthis still in control of Hodeidah, as well as other key territory, the Iranians are savoring a small victory against Mr. Trump — or at least rejoicing in the fact that Saudi Arabian air raids alone seem incapable of ending Tehran’s support for proxies in Yemen.

“The Saudis believed they could reverse the Houthis’ momentum” through unrivaled air power, mostly supplied from U.S. weapons makers, said Gerald Feierstein, who served as U.S. ambassador to Yemen from 2010 to 2013.

Although Riyadh and its allies did not assume that the fight against the Houthis would be easy when the campaign began in 2015, “there was no expectation the campaign would reach its fourth year, which it has,” Mr. Feierstein, now the director of Gulf affairs at the Middle East Institute, told The Washington Times in an interview this week.

Saudi and Emirati-flagged warplanes built by U.S. defense firms have devastated Houthi-dominated redoubts along Yemen’s western coastline for the past four years as part of a Saudi-led, but tacitly U.S.-backed, campaign.

Riyadh is accused of engaging in heavy-handed tactics, which rights groups claim have included the use of cluster bombs banned under international rules of war. But the campaign has failed to dislodge the Houthis from their strongholds in Yemen and has initiated one of the world’s worst humanitarian crises.

In the interim, said senior Middle East analyst Katherine Zimmerman at the Washington-based American Enterprise Institute, “there was a strategic miscalculation on the strength of the [Saudi] air campaign and whether the Houthis would fold.”

Ms. Zimmerman, who works with the institute’s Critical Threats Project, told The Times this week that Saudi and Emirati commanders assumed their “Blitzkrieg attacks” would at least bring the Houthis toward a capitulation at the negotiating table. “What we saw instead,” she said, “was their resolve strengthening.”

Since assuming office 18 months ago, the Trump administration has embraced an increasingly aggressive policy toward the expansion of Iranian influence in the Middle East and beyond. The policy gained particular momentum with the president’s decision in May to withdraw from the 2015 international nuclear accord that the Obama administration reached with Tehran.

The nuclear deal freed up billions of dollars for Iran through sanctions relief in exchange for closer monitoring of Iranian nuclear activities.

The decision to pull out of the accord was part of a larger Trump administration strategy to curtail Tehran-backed proxy militia activity that increased after the deal went into effect.

Analysts say the central tenet of the administration’s approach is to provide both implicit and explicit support for U.S. allies battling Iranian proxy forces, such as the Houthis in Yemen.

“We do consider Iran to be the most destabilizing actor across the region,” Gen. Joseph Votel, U.S. Central Command chief, told reporters Thursday. “It is Iran who is supporting the Houthis, who are launching extended-range missiles against major population centers in Saudi Arabia.”

The four-star general said the Houthis are also responsible for “blocking the proper distribution of humanitarian aid and critical medicines to address one of the largest outbreaks of cholera on record in the world.”

The blockade of humanitarian aid through the port city of Hodeidah has emerged as a disturbing element of the narrative around Yemen’s cholera outbreak, which the International Committee of the Red Cross said soared to 1 million cases last year.

Further complicating the dynamics in Yemen, officials at the United Nations warned during the lead-up of the Saudi-led military offensive in Hodeidah that the assault might worsen the cholera crisis. Reports during the weeks since have highlighted how thousands of people have been forced to flee clashes in the port city.

The situation has not appeared to dampen the Trump administration’s strategy of taking the fight to the Iran-backed militants.

During a NATO summit last week, Mr. Trump suggested that the U.S. is poised to escalate its efforts to rein in Tehran and its proxies. Secretary of State Mike Pompeo urged American allies to take further steps to degrade Iranian influence around the world.

“There’s no telling when Iran may try to foment terrorism, violence and instability in one of our countries next,” Mr. Pompeo said on Twitter. “Iran’s regime wants to start trouble wherever it can. It’s our responsibility to stop it.”

Despite the administration’s eagerness, the complexities in Yemen continue to cast a shadow over the viability of Washington’s strategy.

Ms. Zimmerman, who traveled through Saudi-led coalition controlled areas of Yemen in March, said the front lines have essentially ossified in what had been a volatile and fast-moving conflict between Houthi separatists and Yemeni government forces aligned with Riyadh.

During the initial years after the fall of Yemen’s capital city of Sanaa into Houthi hands in 2014, neither the Saudis nor the United Arab Emirates had been willing to throw the full weight of their ground forces into the conflict, Ms. Zimmerman said.

Alternatively, she said, the Arab coalition relied on bombing raids by fighter jets to try to influence the situation on the ground.

The June campaign to retake the Port of Hodeidah and the surrounding city signaled a major change in tactics by the Saudi-led campaign. It marked the first major ground offensive against the Houthis by Saudi and Emirati-led forces in recent years.

The majority of coalition ground troops are reported to be Emirati special operations forces as well as conventional troops leading a patchwork of other allied forces. The Saudis appear reluctant to send ground forces into Yemen out of concern that their presence could result in a repeat of a 2009 misadventure known as Operation Scorched Earth, which resulted in the deaths of more than 130 Saudi soldiers.

While that hangs in the backdrop of a lull in fighting in Hodeidah, Mr. Feierstein said, the Houthis and the Saudi-led coalition may be eager to find a diplomatic solution to end the war in Yemen.

“The coalition is not pressing the offensive,” he said, suggesting that Riyadh wants to give the United Nations “time to use the advances [that coalition forces] have made so far to get to a political process.”

U.N. Secretary-General Antonio Guterres in February named British diplomat Martin Griffiths as the U.N. special envoy to Yemen. Mr. Griffiths has since spearheaded an effort to reach a power-sharing deal over Hodeidah between the Houthis and the Riyadh-aligned Yemeni government.

“Whether Hodeidah is a window of opportunity to get you there is up for debate,” said Mr. Feierstein. “[But] this is a moment that political initiatives should be pursued.”

For the Houthis, he said, “the time has come to maximize their own gains into political action.”

But it remains to be seen how the Houthis will play the situation. Reports late Thursday said separatist leader Abdel Malek Al-Houthi had told a French newspaper that he is prepared to hand over to the United Nations control of Hodeidah if the Saudis and Emiratis halt their offensive on the city.

The reports could not be confirmed immediately, but they came a day after Mr. Griffiths and Reem Al Hashimy, United Arab Emirates minister of state for international cooperation, held talks in Washington over the prospect of a deal over control of Hodeidah.

“We are very keen on the special envoy role to put forward a peace plan for Yemen,” Ms. Al Hashimy told reporters after the meeting. “We feel he is on to something that may help us to develop a framework that would help Yemen as a whole.”