Hadi urges to implement all obligations under Riyadh agreement soon 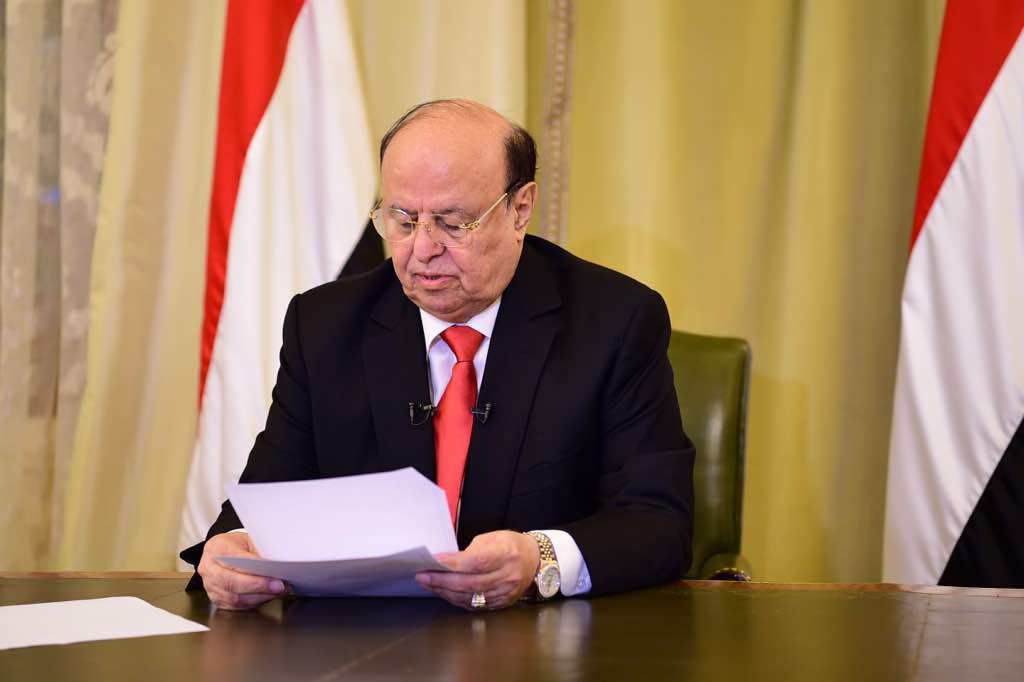 RIYADH (Debriefer)--Yemeni president Abdrabbuh Mansur Hadi has stressed the importance of implementing all obligations of the Riyadh agreement as soon as possible because the suffering of the people requires all to live up to their responsibility.

In his address on the 57th anniversary of the 14th October revolution on Tuesday, he revealed that work is underway on a strategy for resuming the activities of all public institutions.

In July, Saudi Arabia presented a mechanism to accelerate the implementation of the agreement between the government and the southern transitional council.

Under the mechanism, president Hadi appointed a new governor and police chief for Aden and the UAE-backed council rescinded a declaration of south self-rule.

The two sides also agreed to form a power-sharing government and pull forces out of main cities, but no progress has been made on these issues.

The council is controlling the interim capital Aden and other southern regions. Its forces have been fighting the government forces since 2017.