The New Front in Yemen.. What's at Stake in Hodeidah? 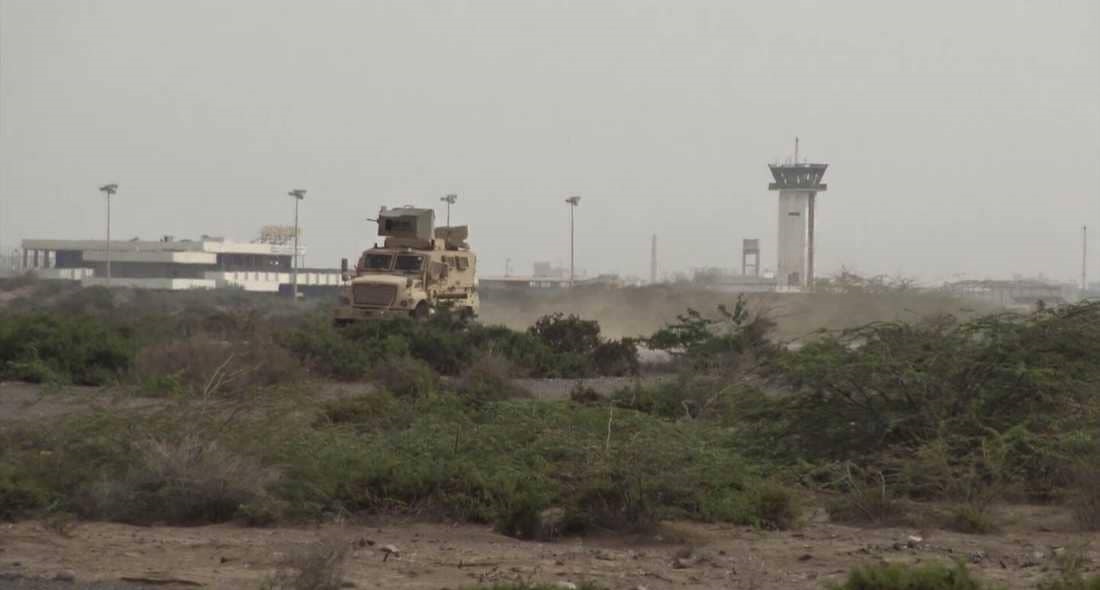 For three years, the war in Yemen has been stuck in an excruciating stalemate. On June 13, the United Arab Emirates launched Operation Golden Victory, a campaign to break the deadlock by seizing the port of Hodeidah from the Houthi rebels who control most of the western seaboard and northern highlands. A successful assault on the country’s biggest port would change the course of the war, but it could come at a steep cost.

Yemen’s civil war started in September 2014 when Houthi rebels seized the capital. This extended coup escalated in March 2015, when a military coalition led by Saudi Arabia intervened to counter the Houthis, whom they see as an Iranian proxy. Despite the coalition’s promises of a quick victory, however, the fighting soon stagnated. Efforts to reach a political settlement have been fruitless; the last peace talks collapsed in 2016. Meanwhile, the humanitarian situation has dramatically deteriorated. According to the UN, 8.4 million Yemenis are now on the brink of starvation and another 14 million people require some kind of humanitarian aid.

Today, all sides are digging in for what could be the most intensive battle of the war to date. After spending the last year making their way up the Red Sea coast, forces backed by the UAE, Saudi Arabia’s main coalition ally claim that they have seized Hodeidah airport, which lies on the outskirts of the city. What comes next will likely shift the direction of the war. An all-out battle could upend the balance of power on the ground and profoundly affect any future political settlement. This outcome is particularly attractive to the UAE, which sees the campaign as an opportunity to gain the upper hand in Yemen. But for Yemeni civilians the outlook is grim. Unless the UN can broker a deal between the Houthis and the coalition before the fighting begins in earnest, it is the poorest Yemenis who will pay the greatest price.

Although observers often focus on Saudi Arabia, the UAE is driving the Hodeidah campaign. Throughout the Yemen war, the UAE has shown itself to be a surprisingly efficient military force. In 2015, for example, the Emiratis helped secessionist groups in the south push the Houthis and their allies out of the port city of Aden. But over the past three years, officials in Abu Dhabi have become increasingly frustrated by the lack of progress on the ground. They believe attacking Hodeidah is the only way to break the stalemate and force the Houthis to end the war on the coalition’s terms.

The Hodeidah offensive has been in the works for several years. In 2016, the Emiratis floated a naval attack on the port, but the United States rejected the maneuver, which it thought was too risky. Undeterred, the UAE has trained and equipped as many as 25,000 Yemeni troops to take the port by land. Since early 2017, these forces have been steadily advancing along the Red Coast toward Hodeidah. Most of them are now deployed along the Tihama coastline, or at a military base in nearby Eritrea.

The UAE-backed forces are bolstered by the Republican Guard, Yemen’s former elite fighting force who were loyalists of the former president Ali Abdullah Saleh. Until 2017, the Republican Guard fought alongside the Houthis, with whom Saleh had formed an odd-couple alliance three years before. But last December that alliance collapsed, leading to street fighting in Sanaa and Saleh’s death at the Houthis’ hands. Saleh’s death put an end to any internal resistance in Houthi-controlled areas, but it also robbed the rebels of the political legitimacy they had gained from cooperation with Saleh’s General People’s Congress, which is Yemen’s biggest parliamentary party.

If the coalition succeeds in taking Hodeidah, it will deprive the Houthis of hundreds of millions of dollars in customs duties and other forms of revenue, which they use to underwrite the war effort. The coalition also believes that the loss of Hodeidah will cut off a major weapons-smuggling route, although a number of researchers, including a UN panel of experts, have concluded that there is little evidence that the port is being used to smuggle weapons.

The Houthis will not go down without a fight, of course, and they have already made the UAE-backed forces on the ground work harder than anticipated just to reach the edge of the city. The Houthis are willing to make the battle for Hodeidah as long and costly as possible. But UAE and its allied forces are also ready for a grueling fight.

There may be other reasons why Hodeidah is so important to the UAE. Yemen’s civil war is often portrayed as a two-sided affair, but in reality it is much more complex. The UAE sees the Hodeidah offensive not only as a way to break the stalemate but also as an opportunity to boost the parties it wants to come out on top in an eventual political settlement.

Since the beginning of the war, the UAE has primarily backed southern secessionist and Salafist groups. Saudi Arabia, meanwhile, has thrown its weight behind the internationally recognized President Abd-Rabbu Mansour Hadi and a constellation of tribal, military, and political forces affiliated with Islah, Yemen’s main Sunni Islamist party, which has ties to the Muslim Brotherhood. Tensions between the different coalition-supported forces have repeatedly impeded the war effort, particularly in the southern cities of Aden, where UAE-backed secessionist forces attacked Hadi allies in January, and Taiz, where Islah-affiliated fighters have similarly clashed with their UAE-backed peers. These internal fights have prevented coalition forces from forming a united front against the Houthis.

Mohammed bin Zayed, the crown prince of Abu Dhabi and the de facto leader of the UAE, sees the Muslim Brotherhood as a “gateway drug to extremism” and considers it of one the most serious security threats in the region. As a result, bin Zayed and his inner circle are not happy about Hadi’s embrace of Islah—the president’s main allies in the north are linked to the party, and his vice president and commander of the armed forces, Ali Mohsin al-Ahmar, is known to have Islamist sympathies.

The joint forces fighting their way up to Hodeidah under the UAE’s guidance represent the kind of factions that the UAE would like to see come out on top after the war: local forces such as the Tihama Resistance and the southern secessionists, and Salafists, who are religiously motivated but (apparently) disinterested in the Brotherhood’s brand of political Islam. If the UAE captures Hodeidah, it can dictate who runs the city. One potential candidate for leadership is Tareq Saleh, the nephew of the former president, who leads the Republican Guards. If the Houthis are defeated, Saleh could become a figurehead for the nationalist and broadly secular GPC party. Victory over the port would also give the UAE a much stronger hand in future political negotiations, which it could use to undercut both the Houthis and Islah. The Saudis will probably accept to this—they value progress on the ground and their relationship with the Emirates more than they do Islah, which relies heavily on Riyadh for support.

In addition to changing the country’s political dynamics, a battle over Yemen’s biggest port would also almost certainly deepen the humanitarian crisis. According to the UN, 70 per cent of staples such as wheat and rice enter Yemen through Hodeidah. Millions of vulnerable people live in Houthi-controlled areas, which rely on the port for food, fuel, and humanitarian supplies.

The coalition has promised a quick victory and claimed that it will have the port up and running soon after taking it. This is unlikely to happen, however. It took the coalition-backed forces a week to take the airport, which was a relatively simple operation, particularly with UAE air support. Seizing the port will be a much trickier task, especially if the coalition wants to avoid damaging infrastructure too badly. And if the UAE-backed forces do take over the port, it is not clear how they would transport goods out, given that the Houthis would still control the city and the highways that connect Hodeidah with the major population centers in the north. The coalition has said that it wants to avoid a battle for the city itself, and with good reason. A street fight between the Houthis and the UAE-backed forces would be devastating for the 600,000 residents of Hodeidah. According to the coalition, there are resistance forces ready to attack the Houthis inside the city, which it believes will “self-liberate” when the time is right. But no such forces have shown themselves in the three years that the Houthis have controlled Hodeidah.

The coalition says that it has painstakingly considered the humanitarian impact of the Hodeidah campaign and that, once it controls the port, incoming trade volumes will soar and the humanitarian situation will be better, not worse. Skeptics point to the port of Aden, which has been under the supervision of the coalition and, ostensibly, the Hadi government since mid-2015: it is by no means certain that Hodeidah would be secure and well-run after a Houthi defeat.

At this point, the best case scenario would be a political agreement between the Houthis and the coalition that would avert a destructive battle for the port and maybe even open up the possibility of a fresh round of peace talks.

Martin Griffiths, the new UN envoy, is currently attempting to broker a deal that would see the Houthis cede control of the port to the UN. On June 21, Griffiths said he was “encouraged” by the Houthis’ “constructive engagement.” Last week, Abdel-Malek al-Houthi, the leader of the rebels, indicated that he may be willing to hand over the port to the UN, although he also vowed that Hodeidah will be a “graveyard for the invaders” if the battle goes ahead. The coalition has publicly insisted that the Houthis fully give up control over both the port and the city. In private, however they may be more flexible. Nonetheless, Griffiths faces an uphill struggle to prevent the battle. The UAE has given him roughly a week to get the Houthis to agree to the coalition's terms. On June 27, Griffiths met with Hadi, who recently returned to Aden after a two-year absence. Hadi echoed the coalition’s line that a deal would only be possible if the Houthis agreed to a full withdrawal from the city, but he added that this would mark a fresh start for negotiations.

If Griffiths does not succeed, there is broad consensus that the battle will be long and grueling, but it will likely end with both the city and port in the coalition's hand. This turn of events would benefit the UAE, which would likely press the advantage: some speculate that if the Emiratis succeed in capturing Hodeidah they might turn their attention to Taiz, where they could rout the Houthis and further tip the balance of power away from both the Houthis and Islah. At that point, the UAE would have its allies in power across the south, the Red Sea coast, and in Taiz. If the Emiratis can bring the Houthis to heel and prevent them from firing more ballistic missiles into the Kingdom, as they did most recently on June 25, the Saudis are likely to accept this turn of events.

But it is not clear that the Houthis will submit to the coalition’s demands that they disarm, withdraw and publicly renounce Iran. Griffiths worries an extended battle for the port could derail efforts to revive the moribund peace process by intensifying the Houthis’ vitriol towards the coalition and leading the Saudis, Emiratis and Hadi government into a more maximalist position. And in the interim, the suffering of Yemeni civilians will only get worse.