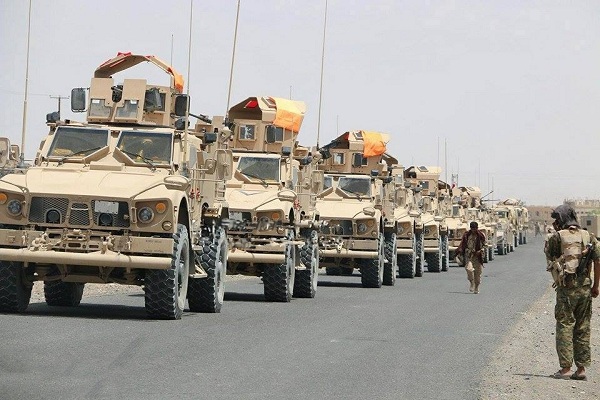 Yemen's internationally recognized government and a Saudi-led Arab coalition are poised to attack Hodeidah city in coming hours, Hodeidah governor, Al-Hassan Al-Tahir, said, expecting the city would be liberated from the Houthis in days.

The coalition has been fighting the Houthis to restore the government of President Abdrabbuh Mansur Hadi since 2015.

Last month, it announced a pause to an offensive launched in June to recapture Hodeidah to allow time to negotiate a full and unconditional Houthi withdrawal from the city.

The time which has been given to find a political solution for the port city has ended and now the time to attack the city has come, Al-Tahir told Asharq Al-Awsat newspaper.

Military reinforcements including hundreds of tanks and armoured vehicles have already arrived into Hodeidah coming from Aden, sources said.

Some 12 brigades are on standby for the attack, the sources said.

In the past two days, the pro-government forces with support from coalition warplanes recaptured parts of the district of Al-Durayhimi. Since the offensive was launched on 13 June, they have seized three districts including Al-Tuhyata.

The UN and international organizations have warned an attack on Hodeidah could deepen the world's worst humanitarian crisis and have a serious impact on the political process in the country.

In his briefing to the Security Council on Thursday, the UN special envoy for Yemen, Martin Griffiths, asked the council to support de-escalation in Hodeidah and keeping the Red Sea out of the conflict.

Lately, UN humanitarian coordinator for Yemen, Lise Grande said that as many as 250.000 people could lose everything including their lives as a result of the attack.

Around 80% of humanitarian aid and life-saving imports for millions living in Houthi-run regions arrive through Hodeidah seaport.

On Thursday, permanent representative to the UN, Ahmed Awadh bin Mubarak, said in a speech to the Security Council that the government will not back off from liberating Hodeidah and will not accept bargaining on the city or any other parts of Yemen.

"The government will not allow the Houthi militia to keep its control on strategic regions that it is using to continue attacks on maritime navigation," he said.

The government and the coalition are accusing the Houthis of using Hodeidah seaport to smuggling Iranian weapons including ballistic missiles and threatening maritime traffic.

"Peace will not be achieved through UN envoy's efforts to restart dialog without more political pressure on the Houthi coup militia with transparent means," bin Mubarak said, adding that any peace option must respect the constitutional powers of the government.