Turkey is a 'target of economic war', Erdogan says 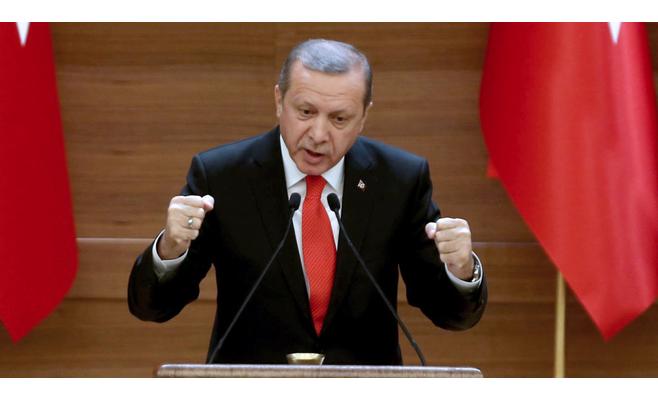 President Tayyip Erdogan denied on Saturday that Turkey is in a currency crisis, dismissing a plunge in the lira as ‘fluctuations’ which have nothing to do with economic fundamentals.

Speaking after U.S. President Donald Trump doubled tariffs on Turkish steel and aluminum imports, Erdogan described Friday’s 18 percent fall in the lira to a record low as the ‘missiles’ of an economic war waged against Turkey.

Erdogan said those who plotted against Turkey in a failed coup attempt in July 2016 were now trying to target the country through its economy, and pledged to fight back. He did not name any countries.

“Those who can’t compete with us on the ground have brought online fictional currency plots that have nothing to with the realities of our country, production and real economy,” Erdogan told a provincial meeting of his AK Party in the Black Sea coastal town of Rize.

“The country is neither crumbling, nor being destroyed or bankrupt or in a crisis,” he said, and added that the way out of the ‘currency plot’ was to boost production and ‘minimize interest rates’.

The Turkish lira has lost about 40 percent this year alone, largely over worries about Erdogan’s influence over the economy, his repeated calls for lower interest rates in the face of high inflation and deteriorating ties with the United States.