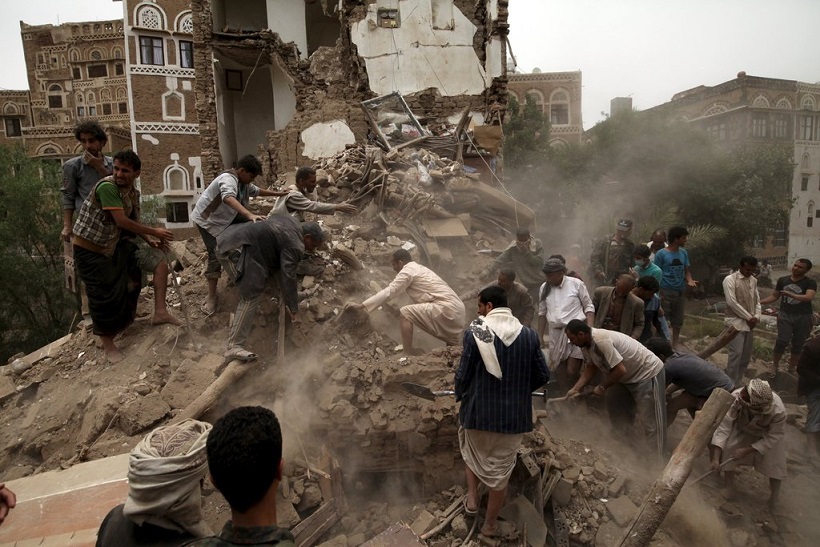 Now that UN peace efforts appear to be falling apart, the war in Yemen is approaching a decisive battle for control of the port of Hodeidah. Iran’s role in intensifying a conflict of already epic proportions is testimony to the White House’s decision to re-impose sanctions on the Iranian regime, and thereby limit cash flow to Tehran’s regional proxy forces.

Hodeidah is Yemen’s lifeline. Approximately twothird of total imports – including vital food, healthcare and clothing – enter the country through the port city. Hodeidah is also the principle gateway through which Iran channels illicit arms to the Zaydi Shia Houthi rebels.

The Houthis have controlled the strategic port city of a half million people since 2014. The insurgency group has been found time and again to mismanage vital humanitarian deliveries in order to serve their selfish political ends. Human rights groups have accused the movement of blocking aid deliveries, threatening volunteers and blocking the transfer of wounded civilians in a cynical infringement of basic humanitarian law.

Over 22 million Yemenis – almost the entire population – are in urgent need of assistance. Some 16 million lack access to safe water and are at severe risk of malnutrition, while 50,000 died from cholera last year alone, according to data from the UN.

Last week, the World Health Organization warned that the war-torn country is on the brink of a third cholera epidemic.

It is therefore imperative for the UN to take this lifeline out of Houthi control.

The UN has proposed a plan under which the Houthis would turn over the city to a neutral international regime to guarantee humanitarian access to millions of civilians. The Houthis, however, appear to have exploited the peace negotiations to further entrench their forces in Hodeidah, actively recruiting children as young as 15 to fight on the frontlines. The situation is grim, and the chances for peace appear to have dimmed considerably. Houthi activity in the city has intensified, and the group has made it clear that there are no terms under which they will hand over the city to an internationally- supervised operation.

IN LATE JULY, the Houthis attacked two Saudi oil tankers in international waters, after which Saudi Arabia announced the temporary cessation of all oil shipments through the Bab el-Mandeb Strait – one of the world’s most important commercial shipping lanes. In the latest flare-up of violence, the insurgency group attacked a fish market in Hodeidah, which according to medical sources, took the lives of at least 26 people.

The Houthis can wage this campaign of aggression only because of the support they receive from their Iranian masters. The Houthis are a desert tribe. They previously had neither access to nor training in sophisticated weapons.

It is clear that the UN Verification and Inspection Mechanism (UNVIM), which provides clearance for commercial shipping to Houthi-controlled territory, has failed to stop the flow of illicit arms to the rebels. Since the war broke out and the Houthis unseated the legitimate government of Yemen, the group has received training, expertise and weapons from Iran and Hezbollah.

A report by the British All Party Parliamentary Group for Yemen revealed in May that Tehran has supplied the Houthis with anti-ship missiles, ballistic missiles and sea mines as part of a pattern of nefarious behavior around the region. “Several illicit arms shipments from Iran to Yemen have been confiscated by international patrols, despite a UN embargo on arms transfers from Iran, which constitute a direct violation of UN Security Council Resolution 2231,” the APPG said.

Whoever controls Hodeidah holds the balance of power, and the liberation of Yemen’s strategic sea port could be the beginning to ending the war. It is a major source of revenue for the Houthis, and cutting their supply lines is central to forcing them back into the mountains and away from the Red Sea. This development would not only strengthen the stability of the region, it would also enhance the security of Western countries concerned with Iran’s aggressive expansionism.

The president is correct when he says that the nuclear deal “threw a lifeline of cash to a murderous dictatorship that has continued to spread bloodshed, violence and chaos.” Yemen is living with the consequences every day.