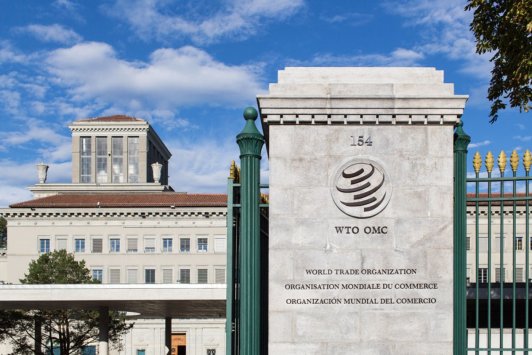 Turkey has filed a complaint with the World Trade Organization (WTO) against US tariffs on Turkish steel and aluminum products.
“Turkey has requested WTO dispute consultations with the United States concerning additional import duties imposed by the United States on steel and aluminium products. The request was circulated to WTO members on 20 August,” the WTO said on Monday.

In its petition to the WTO, Turkey said the US violated free trade rules when it initially imposed tariffs of 25 percent on steel and 10 percent on aluminum imports in June for most countries. Doubling them is an additional violation, according to Ankara.

On August 10, US President Donald Trump doubled steel and aluminum tariffs on Turkey, up to 50 and 20 percent, over the arrest a US citizen. American pastor Andrew Brunson is being held on terrorism charges in Turkey, facing up to 35 years in prison for his alleged role in a failed coup in 2016.

Under WTO rules, Ankara and Washington now have 60 days to settle the dispute through negotiations. If talks fail, the WTO will decide the dispute.