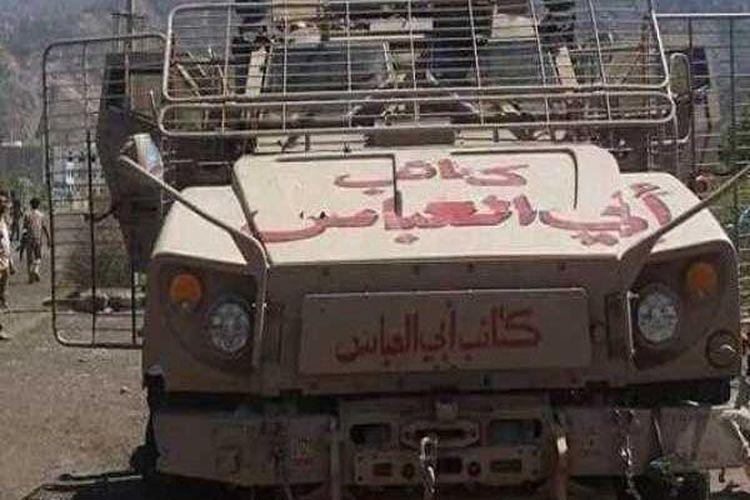 In a letter to his fighters, leader of the Salafi militia, Adil Abdu Fari or Abu Al-Abbas, said the decision to leave was made in order to avoid fighting with brothers in arms and to spare bloodshed of Muslims.

He demanded the authorities offer them and their families safe passage out of the city.

Lately, a presidential committee sponsored a deal between it and the militias of the Islah Party, another partner of Hadi's forces, for handing over all public facilities under their control to the local government. The deal was reached after deadly battles between the militias.

Authorities have already received some of the facilities from the militias.

Abu Al-Abbas accused the Islah Party of backstabbing them and the presidential committee of being lax in asking the party to adhere to the deal. 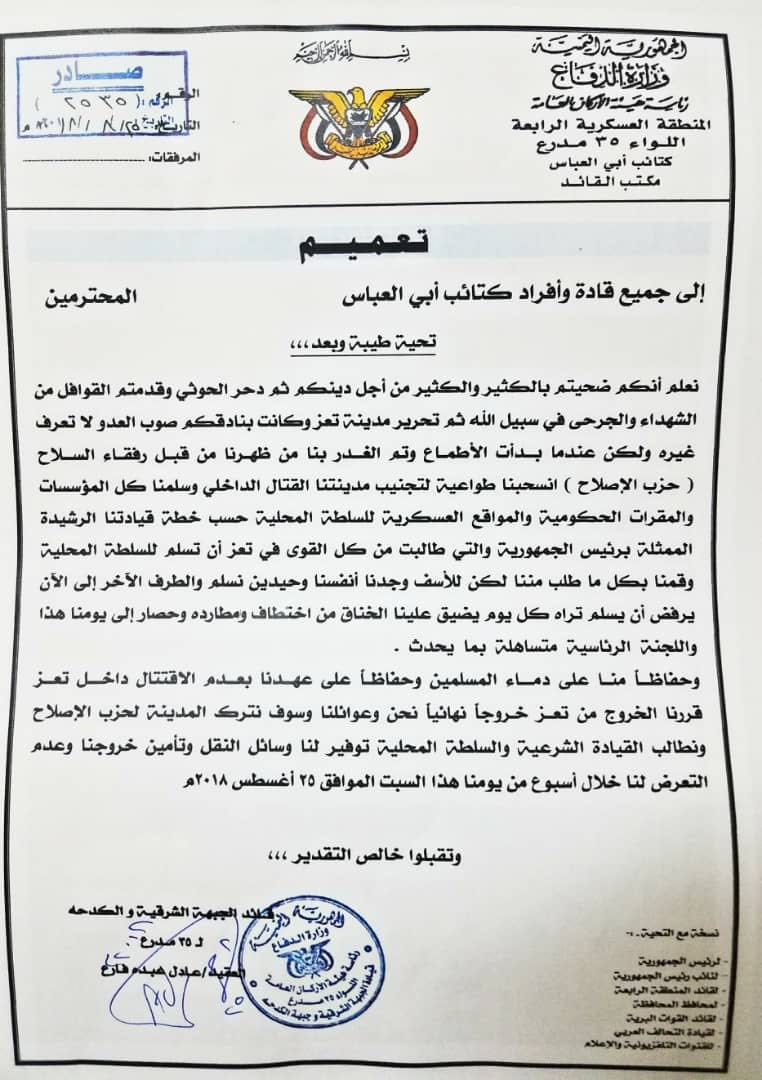 Meanwhile, a source close to Abu Al-Abbas, who asked not to be named for security reasons, told Debriefer that the militia may relocate to the western coast where Hadi's forces with support from the coalition are fighting the Houthis to retake Hodeidah city and seaport.

It will hand over the remaining facilities to the local government after it leaves the city, the source said.