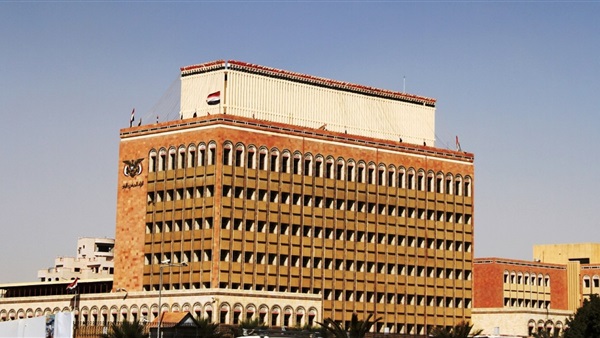 The article in Arabic

Shuaib Almosawa reminds us of the consequences of the disastrous decision by the Hadi government to relocate Yemen’s central bank to Aden:

The world pays fleeting attention to atrocities like the Aug. 9 massacre of 44 schoolchildren on a school trip in Sada province in northern Yemen in a Saudi airstrike, but as the world does not watch, the war continues to destroy the bodies and souls of Yemen’s besieged people [bold mine-DL].

About nine million Yemeni families depended for their survival on the salary family members drew from public sector jobs. The Central Bank of Yemen was key to the distribution of their salaries. The Saudis got the Central Bank relocated in September 2016 from Sana to the southern port city of Aden, where the Saudi-allied Yemeni government is based.

Around that time, humanitarian groups warned against the move, but the government headed by Abdu Rabbu Mansour Hadi promised to maintain the bank’s policy of paying employees their salaries irrespective of their location in areas of the country controlled by the Houthis or the Saudi-led coalition.

That promise is yet to be kept, with some rare exceptions. More than a million public sector employees, who supported about nine million families, were left without salaries and reduced to living on handouts [bold mine-DL].

Humanitarian groups warned against moving the central bank because they were certain that it would exacerbate Yemen’s humanitarian crisis, and it has done exactly that. The coalition blockade makes basic necessities prohibitively expensive, the bombing campaign devastates the infrastructure, and the “legitimate” government withholds the salaries that used to support millions of people. The result is deepening poverty and starvation. The coalition offensive on Hodeidah threatens to make these already abysmal conditions even worse by cutting off the vast majority of the population from their supply of food and fuel.

Frank Giustra and Robert Malley wrote earlier this week on the use of misery as a weapon of war, and they cite the coalition’s campaign in Yemen as a prime example:

But the Saudi-led coalition is by far the strongest combatant and its Western allies are the most influential powers involved. Together, they are the ones that can now do the most to end the horrors befalling Yemeni civilians.

Every day that the U.S. supports the war on Yemen, it is supporting the cruel collective punishment and starvation of millions of people. The millions of victims of this policy are mostly unseen and unknown to the outside world, but they are no less casualties of war than those killed by bombs and shells. It is within the power of the Saudi coalition and its Western patrons to alleviate much of Yemen’s suffering simply by halting their campaign, lifting the blockade, and resuming payments to public employees, but they have to be willing to put an end to the horrors that they have done so much to cause. There is no reason to think that the Trump administration will ever do this, but it is possible that there are enough members of Congress sickened by this indefensible policy that they will finally put a stop to it. If they don’t, the disaster engulfing Yemen will grow ever more horrible.