Why Are U.S. Bombs Killing Civilians in Yemen? 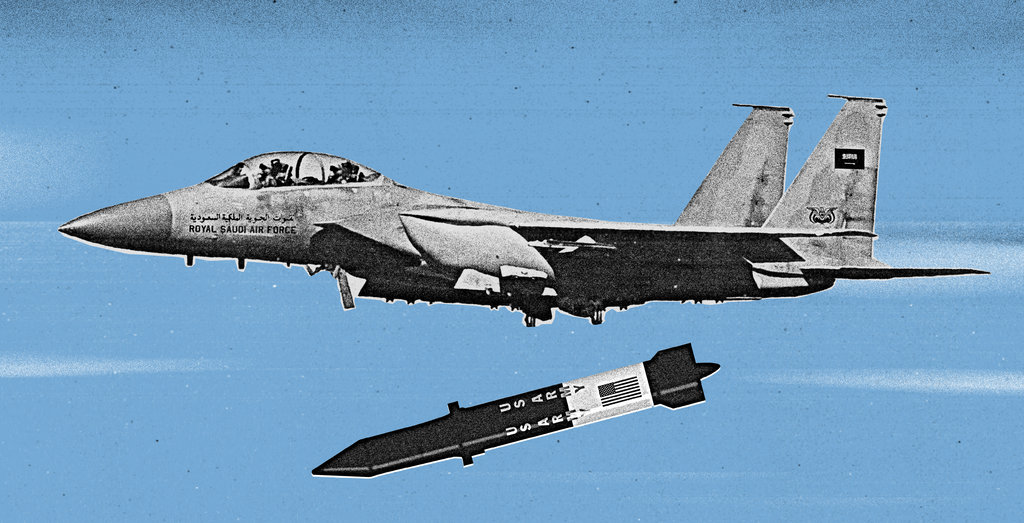 By The Editorial Board

The top American air commander in the Middle East voiced frustration in an interview last week over the murderously incompetent Saudi-led air campaign in Yemen. Though welcome, his sentiment was far too mild. It should have been more like horror — and shame over American complicity in what a new United Nations report views as criminal carnage.

Saudi Arabia and its Sunni allies intervened in Yemen more than three years ago to rout Iran-backed Shiite rebels who had driven the internationally recognized government out of the capital and into Saudi exile. As the conflict has dragged on, the rebels have also been accused of atrocities, but the United Nations body and human rights groups say it is the Saudi-led air war that has done the most to turn an already impoverished country into a humanitarian nightmare and an indiscriminate killing field.

Again and again, Saudi-led airstrikes have struck civilian targets, slaughtering innumerable innocents. Last Friday, the United Nations said the coalition killed at least 22 children and four women as they fled a battle zone. Two weeks earlier, on Aug. 9, a coalition air assault struck a school bus, killing dozens of children. Countless more civilians have been killed by bombs at markets, weddings, funerals — more than 6,500 by the official count, but certainly many, many more. Millions more civilians are suffering from shortages of food and medical care.

That’s the horror. The shame: The bomb that annihilated the school bus and its young passengers was American. According to CNN, it was a 500-pound, laser-guided bomb sold to Saudi Arabia in an approved arms deal — similar to the bomb that devastated a funeral hall in October 2016, in which 155 people were killed. After that, then-President Barack Obama banned the sale of precision-guided military technology to Saudi Arabia. The ban was overturned by the Trump administration in March 2017.

A report published last week by Human Rights Watch focused on the “woefully inadequate” investigations conducted by the coalition’s own mechanism; they often amount to cover-ups of what are likely war crimes. “Many of the apparent laws-of-war violations committed by coalition forces show evidence of war crimes — serious violations committed by individuals with criminal intent,” Human Rights Watch stated. Yet far from holding anyone accountable, King Salman of Saudi Arabia in July issued a sweeping pardon of all military personnel involved in the Yemen operation.

Given the record of the Saudi-led band, it is hardly surprising that American military commanders are becoming increasingly exasperated. “Clearly, we’re concerned about civilian casualties, and they know about our concern,” Lt. Gen. Jeffrey Harrigian, soon to complete an assignment as the senior American air commander in the Middle East, said in the telephone interview with The Times.

It was the bluntest critique of several that have been voiced by senior American officials. But words are not enough. It’s time for the United States and its Western allies to stop selling arms or giving any military assistance to Saudi Arabia and its coalition partners.

The horror in Yemen has gone way past any discussion of who’s right and who’s wrong, and it has become clear that only a negotiated peace agreement can bring the killings to an end. Saudi Arabia and its allies seem to have little compunction about slaughtering children as long as more bombs can be bought, so it’s up to the enablers to call a halt.

President Trump, alas, is not likely to lean on Saudi Arabia, but military officers have begun to speak out and Congress has begun to act. A defense policy bill includes a bipartisan provision to require certification by Secretary of State Mike Pompeo that the coalition is taking steps to prevent civilian deaths. The next move should be to cut off military aid to Saudi Arabia until it is prepared to talk about ending the assault on Yemen.