Clashes Between Islamic State and AQAP Emblematic of Broader Competition 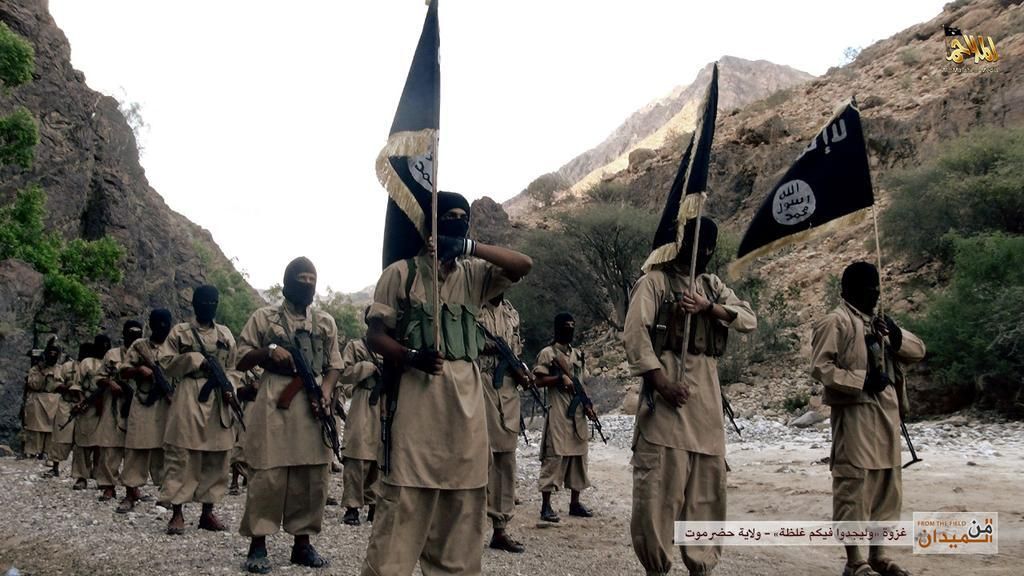 The Islamic State’s (IS) global network is far from defeated, but the core group’s loss of significant territory in Iraq and Syria is emblematic of a longer trend and stands in stark contrast to al-Qaeda’s lack of major change in the same period. This trend is particularly evident in Yemen, where the Islamic State formally entered the country’s jihadist scene in November 2015. Abu Bakr al-Baghdadi released an audio tape accepting oaths of allegiance from Yemeni fighters (Terrorism Monitor, August 7, 2015). Al-Qaeda in the Arabian Peninsula (AQAP) was, and still is, the preeminent terrorist organization in Yemen. IS, however, did come on strong by launching numerous attacks across the country and establishing several different subgroups—Aden-Abyan, al-Bayda, Hadramawt, Ibb-Taiz (Green Brigade), Lahij, Sana’a, Shabwa (Terrorism Monitor, August 7, 2015).

By early 2016, IS was operating in countless areas that overlapped AQAP’s operations, but still managed to find success due to the chaotic security environment across the country. The group’s ranks and operations have dwindled considerably over the past year, and the most active subgroup, IS-al-Bayda, has become locked into a physical and ideological fight with AQAP that is illustrative of the broader contest between core al-Qaeda and the Islamic State.

IS got off to a relatively strong start in Yemen, claiming numerous high profile attacks, including twin suicide bombings on two pro-Houthi mosques in Sana’a that killed 137 people and injured hundreds more on March 20, 2016 (Aljazeera, March 23, 2015). Each of the subgroups claimed responsibility for dozens of attacks in their respective territories, with varying degrees of brutality. IS’s propensity for attacking mosques and killing civilians quickly drew condemnation from AQAP. In addition to successful operations, IS also started off with very active propaganda wings. Many of the IS subgroups produced high-quality videos and were regularly releasing recruitment materials and statements about their operations.

Despite their strong start, IS in Yemen has largely been on the decline since mid-to-late 2016 as the group failed to control the territory where it operated. The group was also hampered by its brutal tactics and inability to embed with local tribes. Unlike AQAP, IS in Yemen did not rebrand nor did it engage in social projects that would ingratiate IS members with locals. Little is known about the actual composition of the group but locals have indicated that many of its members are disenfranchised AQAP fighters and tribesman lured to the group by the promise of salaries. The group’s failure to control territory and sustain their own finances, however, has led to high rates of attrition.

The number of successful attacks the groups have claimed has decreased significantly, and the majority of its operations have targeted Houthi forces or Yemeni security forces rather than heavily populated areas or civilian targets such as mosques. Likewise, the frequency of propaganda and statements made by the different subgroups, with the exception of IS-al-Bayda, has also declined significantly. IS’s operations have also been severely hindered by improved security in Southern Yemen and active counterinsurgency operations by Emirati troops and UAE-back forces (Terrorism Monitor, June 14). Meanwhile, the crowded battle space and constant airstrikes against the Houthis in Sanaa, Taiz and other key battlegrounds are not conducive to the group’s recruitment, growth, or survival. These factors are key reasons why the other subgroups have largely become inactive. The group’s profile has risen recently, however, due to open clashes with AQAP.

Conflict between IS and AQAP in Yemen was inevitable as their operations overlapped and both were vying for the same resources, which has largely been the case between the broader al-Qaeda and Islamic State core. IS Yemen’s recent decline as well as the uptick in clashes and propaganda competition between IS in Yemen and AQAP have similarly reflected the broader competition between core IS and al-Qaeda.

Despite an apparent agreement to avoid confrontation, competition with AQAP heated up in July 2018 as IS became mostly restricted to the Qayfa area of al-Bayda, where AQAP is particularly active. A clash broke out between IS and AQAP on July 10, reportedly resulting in the deaths of 14 AQAP fighters and 22 IS members (Yemenat, July 16). The Islamic State purportedly also managed to take 12 AQAP fighters hostage, which were later shown in a video released by the group (Jihadology, August 1).

Aside from the video of the alleged AQAP hostages, both groups’ official media wings were relatively quiet about the clashes until early August, when IS released a video titled “And the Initiator is the Aggressor” that took aim at AQAP for initiating the clashes (Jihadology, August 1). The tempo of official video releases and statements, however, increased significantly after both IS leader, Abu Bakr al Baghdadi, and al-Qaeda leader, Ayman al-Zawahiri, made public statements on August 22 and August 23, respectively (Jihadology, August 23; Jihadology, August 23). Baghdadi specifically referenced Yemen alongside Iraq and Syria, stating “Don’t you see what has happened to the people in Syria, Iraq, and Yemen? Haven’t you seen what has happened to the people of Islam of misery? Wake up! They have decided to secularize you with a campaign that will lead to your disbelief, and to ruin the approach of the Sunnah.” Baghdadi’s message was a clear call for further support in Yemen. Zawahiri’s message did not specifically reference Yemen, but made similar calls for support.

Just five days after Zawahiri’s message, AQAP released an official statement condemning IS for switching the focus from fighting infidels to infighting between Muslims (Jihadology, August 28, 2018).  The two groups have since traded public barbs against one another and have released statements at a higher frequency than in the past. IS released further details regarding the clashes in al-Bayda in Naba 147 on September 14, placing the blame squarely on AQAP and accusing them of putting innocent lives at risk by using civilians as shields. IS went on the message to frame themselves as the protectors of the people of Qayfa and al-Humaydah (Jihadology, September 14). The subgroup in Yemen has since released its first video in the past six months, likely an attempt to make IS appear stronger than it is in reality.

Although IS Aden-Abyan released its first video in several months, it is unlikely that that subgroup will find significant success. Similarly, the larger group is unlikely to regain ground in other southern governorates due to ongoing operations by the UAE and its allied groups. IS-al-Bayda will remain the most active group in the near term and is likely to persist until there is a significant shift in the security environment. This group, however, will continue to face strong competition from AQAP and further clashes will likely continue. The propaganda wings for both AQAP and IS-al-Bayda will continue taking cues from their parent organizations. They will frame clashes in terms of a broader ideological competition, with each group painting themselves as more righteous while discrediting the other. Unlike IS, AQAP is likely to dig in deeper than it already is and will remain Yemen’s preeminent terrorist organization for the foreseeable future.