Ending the Not-So-Futile War in Yemen 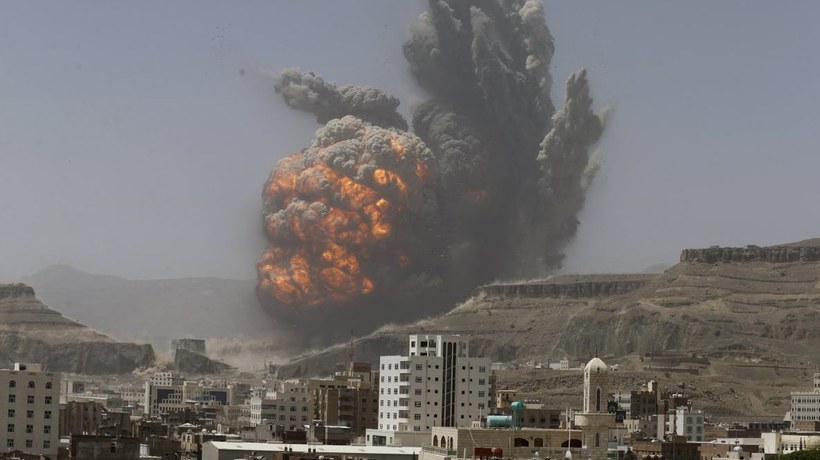 he Western media narrative about the ongoing war in Yemen frames it as a “futile” or “disastrous” conflict. After all, Yemen has been prone to tribal and sectarian quarrels for decades, leading to insurgencies and full-blown civil wars. But the historic complexity of Yemen’s politics, and its fraught relationship with Saudi Arabia, should not blind us to Iran’s efforts to establish a bridgehead in the Arabian Peninsula by empowering Yemen’s Houthi militia.

The conflict in Yemen is unlikely to end any time soon unless interested outside powers, especially the United States, play an active role in containing Iran and forcing the Houthis to the negotiating table.

Americans tend to view events in Yemen solely through the prism of that country’s humanitarian crisis and Saudi Arabia’s role in it. But even if the ambition and miscalculations of Saudi Crown Prince Mohammed bin Salman (MbS) have aggravated the situation, there is more at stake in Yemen than the humanitarian critics of the war acknowledge.

Those stakes begin with the openly acknowledged designs of Iranian strategists, who have voiced their expectation of adding Sana’a to the list of Arab capitals—Beirut, Damascus, and Baghdad—which are in “Iran’s hands and belong to the Iranian Islamic Revolution.” For that reason, Ayatollah Khamenei’s regime supports the Houthis—followers of Hussein al-Houthi, a cleric of the Zaidi sect who fought central authority and was killed in 2004—in Yemen’s civil war.

The Houthi movement comprises well-armed and well-trained fighters, and since 2003 has adopted the slogan: “God is great, death to the U.S., death to Israel, curse the Jews, and victory for Islam.” The group officially calls itself Ansar Allah, or supporters of God. Its insistence on seeking power through military means indicates that it is not confident of support, even among Yemen’s Shi‘a population.

Hezbollah, the Lebanese militia, serves as the role model for the Houthis. They have accumulated sophisticated weaponry from Iran and have boldly threatened Saudi Arabia with missile attacks, much as Hezbollah attempted to show strength and harness support by attacking Israeli civilians.

But the threat posed by the Houthis has been eclipsed by denunciations of the Saudi air campaign against them, which is blamed for avoidable civilian casualties. U.S. Secretary of State Mike Pompeo’s recent certification to Congress that the Saudis and other Arab allies were making greater efforts to protect civilians has not dented that criticism.

Just as Hezbollah’s Iran-backed propaganda machine covers up its violence and terrorism through the outcry about civilian casualties resulting from Israel’s counterterrorist operations, the Houthis and their international supporters have managed to avoid discussion of Yemen’s complex politics and the Houthis’ excesses by focused criticism of the Saudi-led coalition’s conduct of the air war. Legitimate concerns about civilian casualties from the Saudi aerial bombardment have led many commentators to ignore both Iran’s role and the unlikely prospect of stability in Yemen if the Houthis—a minority within a sectarian minority—somehow manage to establish their rule over the entire country.

The humanitarian criticism of the Arab coalition’s tactics has also led most observers to ignore that the fight against the Houthis is backed by a UN resolution supporting the restoration of the legitimate government’s control over Yemen. In 2015, UN Security Council Resolution 2216, adopted with 14 affirmative votes to none against, with one abstention from the Russian Federation, demanded that the “Houthis withdraw from all areas seized during the latest conflict, relinquish arms seized from military and security institutions, cease all actions falling exclusively within the authority of the legitimate Government of Yemen, and fully implement previous Council resolutions.”

Since then, the war has been stalemated even though parts of southern Yemen have been wrested from Houthi control. The United Arab Emirates’ forces have borne the brunt of the ground fighting. Their offensive, beginning in June, to dislodge the rebel militia from the port of Hodeida was meant to change the course of the war.

But that offensive was halted in July to enable peace talks. The Houthi representatives, however, refused to join UN-sponsored negotiations in Geneva in September, resulting in renewed fighting. Dialogue is surely preferable to war, but serious negotiations require partners who are actually committed to a peaceful solution. And as the UN special envoy for Yemen, Martin Griffiths, is discovering, the Houthis do not always show up for meetings. They seem aware of the fact that civil wars are often protracted affairs and that most such conflicts in modern times have ended in the decisive victory of one side.

The Houthi strategy is to fight to victory while undermining the Arab coalition’s resolve through adverse international opinion. They condemn the conduct of the Arab governments that confront them while deploying Iranian-supplied missiles, weaponized drones, and landmines in the pursuit of victory on the battlefield. Such an outcome would not be in the U.S. interest and would only add to the misery of Yemen instead of mitigating it.

With 9/11 a distant memory for most Americans, many forget that Yemen was also a major staging ground for al-Qaeda in the Arabian Peninsula (AQAP.) Just this past August, al-Qaeda’s master bomb-maker, Ibrahim al-Asiri, was killed by an American airstrike. Al-Asiri had plotted several attacks against targets around the world, including the 2009 “underwear bomber” plot to take down a U.S. civilian airliner. Some 2,000 al-Qaeda operatives have been killed in Yemen over the past 17 years.

It would be a pity if Yemen’s internal divisions, which enabled al-Qaeda to set up shop there in the first place, pave the way for its regrouping. Nor would the Middle East become safer if a perennially unstable Yemen controlled by the Houthis became a base for threats to its neighbors with Iran’s support.

Consolidation of control of any part of Yemen by the Houthis would be as destabilizing as the rise of Hezbollah has been in Lebanon. Just as Hezbollah ended up supporting the Assad regime in Syria after surviving Lebanon’s civil war, the Houthis could become the major subversive force in the Gulf region.

But from the U.S. perspective, losing Yemen to Iran permanently would only enlarge the threat Tehran poses to U.S. interests. If one side must win Yemen’s civil war, it would be in America’s interest that it is the legitimate government backed by U.S. allies rather than the Houthis backed by Iran.

Alternatively, the U.S. government could put its weight behind UN peace efforts, provided talks do not serve as cover for the Houthis to keep Yemen’s civil war going for years. Either way, the United States would shorten the war by playing a well-defined role instead of keeping away from the events in Yemen.

*Husain Haqqani, director for South and Central Asia at the Hudson Institute in Washington, DC, was Pakistan’s ambassador to the United States from 2008-11. His latest book is Reimagining Pakistan.