How much damage can Saudi Arabia do to the global economy? 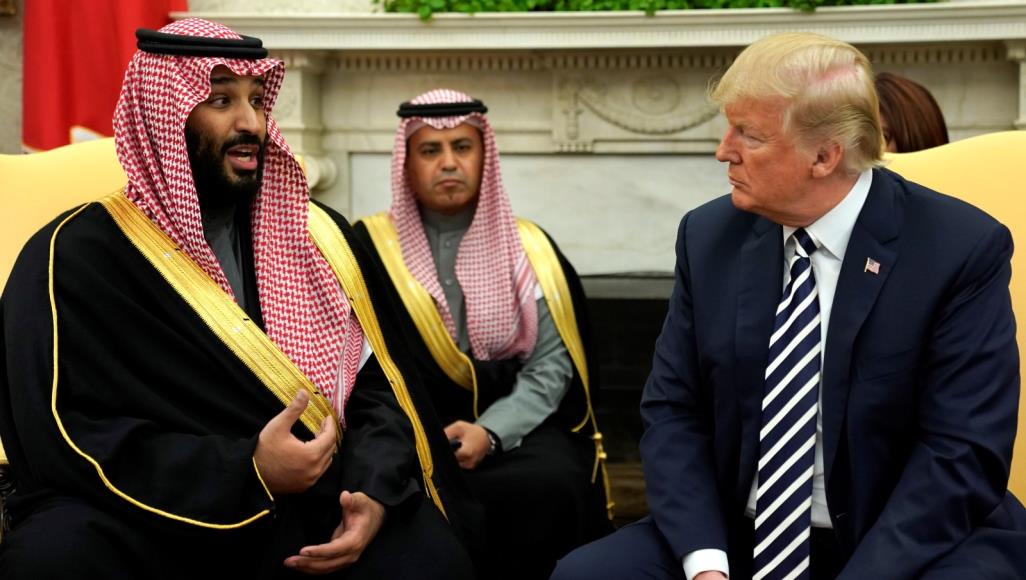 Saudi Arabia enjoys a privileged position both in geopolitical and economic terms. It will have a powerful hand to play if tensions with the US and the west escalate and it follows through with Sunday’s warning of retaliation.

Its vast oil reserves – it claims to have about 260bn barrels still to extract – afford the most obvious advantage. The kingdom is the world’s largest oil exporter, pumping or shipping about 7m barrels a day, and giving Riyadh huge clout in the global economy because it wields power to push up prices.

An editorial in Arab News by Turki Aldhakhil, the general manager of the official Saudi news channel, Al Arabiya, offers a hint of what could be in the offing.

He said Riyadh was weighing up 30 measures designed to put pressure on the US if it were to impose sanctions over the disappearance and presumed murder of Jamal Khashoggi inside the country’s Istanbul consulate. These would include an oil production cut that could drive prices from around $80 (£60) a barrel to more than $400, more than double the all-time high of $147.27 reached in 2008.

This would have profound consequences globally, not just because motorists would pay more at the petrol pump, but because it would force up the cost of all goods that travel by road.

Saudi Arabia also supports thousands of US jobs via its arms purchases. It is the world’s second-largest arms importer after India and 61% of those imports come from the US.

It was the US’s biggest arms customer last year, signing $17.5bn worth of deals, a trend that looks set to continue after Donald Trump signed a $110bn defence agreement in Riyadh last year.

The alliance stands to benefit US employers such as Lockheed Martin, Boeing, General Electric and ExxonMobil. Some of the firms are reported to have expressed concern to Trump already about the impact that a freeze in Saudi-US relations might have. Riyadh could, for example, simply switch its purchases to other major arms exporters such as Russia and China.

Trump’s trip to the Arabian peninsula last year also yielded an agreement that the kingdom’s Public Investment Fund, which manages its vast oil wealth, would invest in US infrastructure programmes. The PIF is to stump up $20bn of a $40bn pot overseen by the global asset manager Blackstone. The fund, however, has yet to gather any serious momentum.

Saudi Arabia has shown in the past that it is not afraid to leverage its unique political and economic position to get its own way. An investigation into allegations of bribery involving the British defence firm BAE Systems in the country was dropped under Tony Blair’s government in 2006. Blair said Riyadh had threatened to stop cooperating on intelligence matters, putting Britain at greater risk of a terrorist attack.

Seth Frantzman, the executive director of the US-based Middle East Center for Reporting and Analysis, said the kingdom’s importance to US strategy in the Gulf, particularly as a bulwark against Iran, gave it great influence.

“They’re part of an American-Saudi-UAE alliance, and the current US administration is tough on Iran, so in some ways the US is more beholden to Saudi Arabia than in previous years,” he said.

“Saudi probably feels it’s on a winning streak economically and if it has to take a hit, which it already is in terms of its image, it will be made up for by the fact they’ll find markets somewhere else.”

Saudi Arabia does have something to lose though, given that foreign money is a key plank of its plans to diversify its economy away from oil and address a high unemployment rate of nearly 13%. The Saudi stock market plunged by as much as 7%, or around $33bn, over fears about the ramifications of the country’s threat of retaliation against the US.

International investors are already turning their backs, and a number of high-profile names have pulled out of an investment conference later this month dubbed “Davos in the Desert”.

They include Uber’s chief executive, Dara Khosrowshahi , and the US media giant Viacom’s boss Bob Bakish. Sir Richard Branson has suspended discussions with the Saudi government that might have led to it investing in his space tourism project Virgin Galactic.