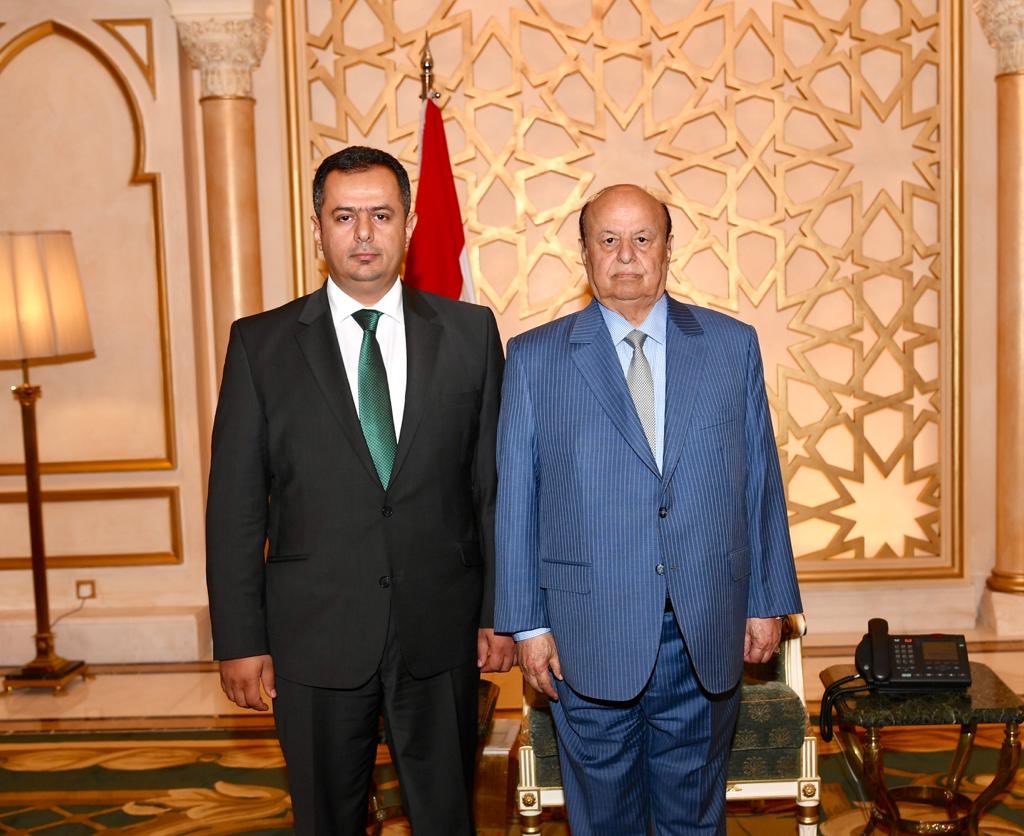 "The entire Yemeni government is preparing to return to the temporary capital of Aden this mid-week to work  inside Yemeni territory," the newspaper said.

It explained that the return of the government comes within the framework of a plan prepared by the new Prime Minister, Dr. Maeen Abdul Malik, to activate the work of government institutions in the "liberated" areas.

According to the newspaper did not exclude informed sources that the Prime Minister will visit a number of provinces, including Taiz in the next few days.

In an interview with the Government-run Yemeni TV on Sunday evening, Prime Minister Dr. Maeen Abdul Malik said that his government will be close to the citizen and will focus its work during the coming period on reform of the administrative, financial and economic system of state institutions, and the activation of control bodies in all state institutions during these difficult conditions in Yemen.

"The government will set its priorities and work to provide and improve basic services and infrastructure," he added.

The observers said that "the return of the new prime minister to take office in the temporary capital of Aden is important to face many files, including the economic collapse in the country and the deterioration of the price of national currency and rising prices in addition to the thorny security file because of the multiplicity of armed parties in Aden, the temporary capital of Yemen's internationally recognized government.

Since the outbreak of the war in Yemen, successive Yemeni governments have declared their final return to work in Yemeni territory. However, this has not been done, and they have been limited to intermittent visits to former prime ministers Khaled Bahah, Ahmed bin Dagher and some members of the government.

According to observers, the UAE has recently begun to strike Yemeni "legitimacy" and push it towards political disability. This has made the Yemeni "legitimacy" government looks helpless and looking a way out. Even President Hadi left for the United States recently after Saudi pressure to control Mahrah, And the pressures of the UAE for the acquisition of the province of Shabwa as well as its control over Aden and Hadramout, which prompted President Hadi to fire his Prime Minister, Dr. Ahmed bin Dagher, who was against the pressure of the Saudi-led coalition elements in Aden after the Southern Armed Transition Council threats  to break in to revenue institutions and comlete the control of land.

The city of Aden has seen in the end of last January bloody events between the government forces and other forces loyal to the UAE and its allies, "the Southern Transitional Council" where the forces loyal to Abu Dhabi approached the presidential palace, where stay the government of Bin Dagher, before Riyadh intervened to impose a truce, managed to contain the escalation.

Observers described the events as an additional UAE step to weaken the legitimate government and its already fragile presence in the liberated provinces, especially Aden, which is under the control of the armed southern transitional council backed by the UAE.

Informed sources said at the time that "the government will remain in Riyadh indefinitely, until the settlement of the situation in Aden, and the restructuring of the relationship between the legitimate government and the Saudi-led coalition countries, and determine the boundaries between partnership and dependency,".

The members of the Panel of Experts on Yemen prepared an important report on the situation of the country, which is experiencing a three-year war and most people are suffering disastrously in accordance with paragraph 6 of resolution 2342 (2017).

The report was provided to the Security Council Committee established pursuant to resolution 2140 (2014) on 9 January 2018 and considered by the Committee on 23 January 2018.

The report said: "In the south, the Government of President Abd Rabbuh Mansur Hadi was weakened by the defection of several governors to the newly formed Southern Transition Council, which advocates for an independent south Yemen. Another challenge for the Government is the existence of proxy forces, armed and funded by member States of the Saudi Arabia-led coalition, who pursue their own objectives on the ground. The battlefield dynamics are further complicated by the terrorist groups Al-Qaida in the Arabian Peninsula (AQAP) and Islamic State in Iraq and the Levant (ISIL) (Da’esh), both of which routinely carry out strikes against the Houthis, the Government and Saudi Arabia-led coalition targets."

Yemeni President Abd Rabuh Mansur Hadi had moved to Aden in February 2015 and declared it the temporary capital of Yemen's internationally recognized government  following the control of the Huthis group "Ansar Allah" on the capital Sana'a.

But only a month later he was forced to leave Aden. The Houthis were just around the corner of the city and he had moved to Riyadh.

On March 26, the coalition launched Operation Decisive Storm, one of whose main objectives was to "restore legitimacy" to Yemen.

In July 2015, forces loyal to Hedi, supported by air and ground from the coalition, managed to regain control of Aden, and then successively over all southern provinces.